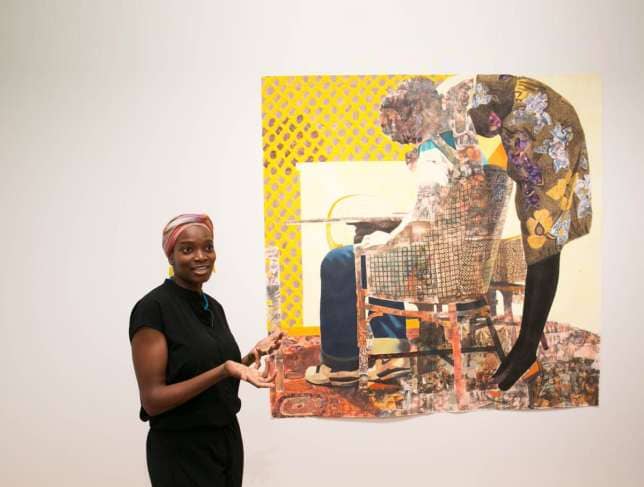 Njideka Akunyili Crosby, one of the daughters of late Dora Akunyili, has sold one of her numerous artworks for N1.2 billion ($3.4 million).

The Bush Babies Painting
The ‘Bush Babies’ artwork was sold during an auction at the Christie’s in London, United Kingdom.

This is definitely the first of many artworks that are going to sell for this price and higher. It was reported that at least 20 public museums are on a waiting list for works which Njideka hasn’t even painted yet