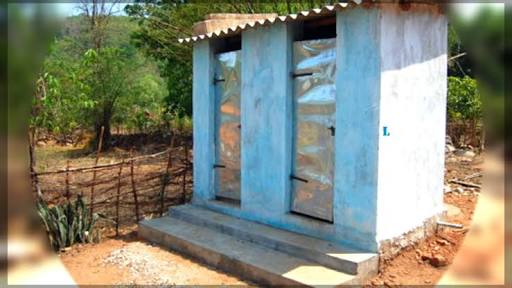 Ekiti government vows to curb open defecation at all cost

The State Government has promised to improve on the ridiculous 60.8%
second position ranking of the State as the highest number of
residents in Nigerian States who defecate openly after Kogi State with
65.8%.
The Commissioner for Infrastructure and Public Utilities, Hon.
Bamidele Faparusi made this disclosure at the Water, Sanitation and
Hygiene sector co-ordination meeting meant to address the declaration
of a state of emergency in the sector by the State Governor, Dr.
Kayode Fayemi.
Hon. Faparusi, who blamed the prevalence of the menace on outright
neglect of public facilities by successive administrations, noted that
the current administration in the State under the leadership of Dr.
Fayemi has adopted a multi-dimensional approach to achieve the status
of open defecation free State by the year 2021.
Emphasizing the political will of the present administration in
tackling the menace and change the narrative, the Commissioner called
on stakeholders to be ambassadors of change and agents of advocacy in
their respective domains as this would greatly assist the State to
meet the Sustainable Development Goals (SDGs) targets for WASH.
Part of the emergency measures adopted in this regard, according
to Faparusi was “Ekiti ko egbin sile” programme that would further
accelerate the eradication of the habit in Ekiti State.
While appreciating the development partners such as European Union,
the World Bank, the UNICEF and Civil Society Organizations for their
support, the Commissioner expressed satisfaction on all components of
Water Supply and Sanitation Sector Reform Programme Phase 111.
Also speaking at the occasion, the Permanent Secretary in the
Ministry, Engr. Olumide Ajayi, while calling on all relevant
stakeholders to demonstrate more commitment and be proactive in
discharging their duties which would make Ekiti State meet the target
of open defecation free State by 2021, called for constant monitoring.
The European Union’s Institutional and Policy expert in Ekiti Sate,
Mr. Alaba Ogunsajo observed considerable improvement in the process
since Hon. Faparusi came on board and solicited for deep commitment
from all actors.
Ogunsajo noted the positive result government efforts have yielded
in the two focal Local Government Areas of Gbonyin and Ekiti West as
ninety-four rural communities in Gbonyin and all the rural communities
in Ekiti West have been declared open defecation free.
The quarterly review meeting was aimed at coordinating the update
of WASH activities in the state, build a synergy between the
Ministries Departments and Agencies and the stakeholders in the sector
and develop an action plan for the future WASH activities within the
next four months, amongst others.