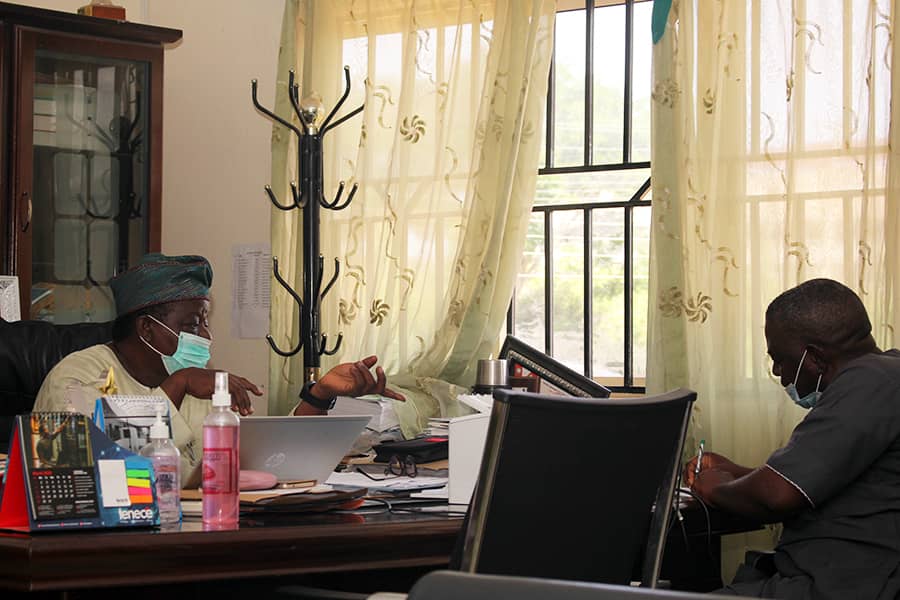 The Commissioner for Education, Science and Technology, Mr. Foluso
Daramola, has ordered the contractor handling the renovation of a
block of three classrooms at St Andrew’s Primary School, Omuo-Ekiti in
Ekiti East Local Government Area of the State, Messers Kedab
Multinational Ltd., to report to his office with immediate effect.

Mr. Foluso Daramola gave this directive in his office in Ado-Ekiti,
while briefing journalists on the outcome of his inspection tour to
some on-going renovation and construction of Junior Secondary Schools
and Public Primary Schools across the State.

He advised the contractors not to see the on-going construction and
renovation of schools being carried out by the State Universal Basic
Education Board (SUBEB), as business as usual, urging them to ensure
that the jobs are delivered according to contractual terms.
The Commissioner noted that some of the contractors handling the
construction and renovation of schools in the State have deviated from
contractual agreements, and are not working to the specifications of
the State Government, warning that erring contactors would be
sanctioned and prosecuted, if need be.

The Commissioner also noted that the Head Teachers, Principals of
Junior Schools, Education Secretaries and Area Education Officers,
must give progress reports on the construction and renovation works
going on in their respective Local Governments, to his office
timeously. He said such officers would also be held accountable for
jobs under their supervision.

Mr Daramola directed that that contractor handling such projects must
justify the use of government’s funds, by following the specifications
given at the point of award of such projects.