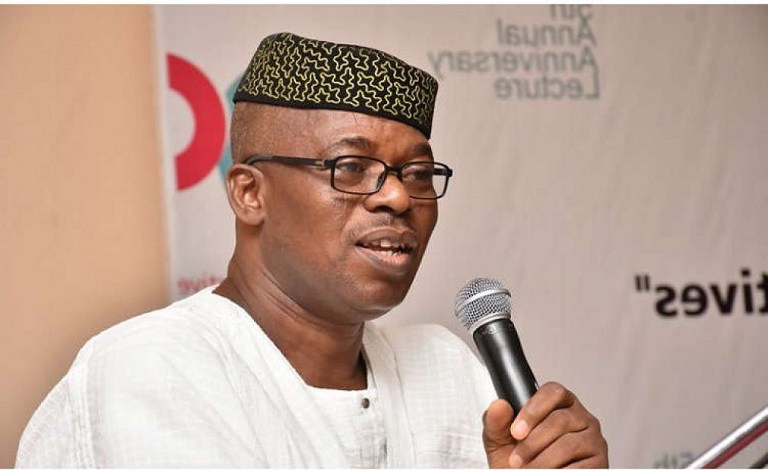 Against the backdrop of the statement made by the Governor-Elect, Dr Kayode Fayemi that he has no anointed candidates, leaders from Ekiti North Senatorial District have met to support whosoever emerges from a transparent election during the forthcoming primaries of the All Progressive Congress.

This resolution was made at a meeting held on Thursday 23rd August, 2018 attended by seven out of the eleven Local Government Areas and the Local Council Development Areas Chairmen. They took this decision following the rumour making the round that the Senatorial seat of Ekiti North has been conceded to the former governor of the State, Engr Segun Oni who was also said to have unilaterally endorsed the former Senator, Olu Adetunbi for the plum job.

Engr Oni’s endorsement of Adetunbi is allegedly causing a rumpus in the fold of Segun Oni Campaign Organisation (SOCO) as majority of them condemned the former Governor’s purported adoption of his kinsman against Dr Segun Osinkolu, a popular aspirant who had contested for the post three times without defecting from the party. Moreover, they expressed their disappointment in the former governor for jilting Dr Osinkolu who reportedly worked for him tirelessly at the last APC governorship primaries.

Prominent among the leaders who rallied round Ekiti North leaders to protest against Oni’s endorsement of Adetunbi are; Messrs Samuel Oluwaniyi, Babatunde Odetola (Odelodu) and Elder Femi Bobade (Adebob). They went to the leaders meeting to solicit for an open primary, describing the purported adoption of Senator Adetunbi as “a gross injustice against Oluomo Segun Osinkolu who has been contributing tremendously to the growth of the party without ever being rewarded with any position even after contesting for the Senatorial seat for three consecutive times.”

APC Chairmen of seven out of eleven Local government and LCDA in Ekiti North Senatorial District who were present at the meeting were; Mr Bode Ogunyemi from Ilejemeje, Chief Femi Afolabi from Ido/OSI and Baba Fasola from Isokan LCDA. Others are; Hon Akindele Ogungbuyi from Ifesowapo LCDA, Mr Jimoh Oluwole from Ifeloju LCDA, Chief Okeya Michael from Ikole Central and Mr Femi Ademolekun who heads Ikole West LCDA.

The meeting of the party leaders, according to APC Chairman in Ilejemeje, Mr Bode Ogunyemi, “was not to adopt any candidate or do the bidding of any aspirant but to foster unity in the Senatorial district. We also met to make it clear that leaders in the Senatorial district do not have an anointed choice just like our Governor-Elect had also said.”

Ogunyemi declared that the meeting was not at the instance of any aspirant as it was not the first time such meeting would hold. According to him, “some other leaders who visited us heard about the meeting and they came to plead that we should allow free and transparent primaries for the State and national assemblies in the forthcoming primaries of our party”

It would be recalled that Oluomo Osinkolu, a PhD holder contested against the Ifaki Ekiti born former Senator, Olu Adetunbi in 2015 in a keenly contested election. Despite the controversy that surrounded the election, Osinkolu did not leave the party, rather, he was said to have supported the party and empowered members for the four years that the party was not in power between 2014 and 2018 while Senator Adetunbi was alleged to have gone into the oblivion.

In a telephone chat with the Fountain Newsbreaker Dr Osinkolu expressed his determination to emancipate his people from “poverty and inadequate representation at the national assembly.”. He expressed his disbelief invtge rumour that Engr Oni had adopted his kinsman to be the flagbearer of the party for the third time. According to him, ” I have heard the rumour but I didn’t believe it. Even if the rumour is true, I gave solace in the assurance given by the leader of the party who is also our Governor-Elect, Dr Kayode Fayemi that he has no anointed candidates among those of us contesting.” Several calls put across to Senator Adetunbi by our reporters were not answered.

The leaders of all the above Local Government areas and LCDA have resolved that there would be a transparent primary where flag bearers of the party will emerge for both the State abs National assemblies.