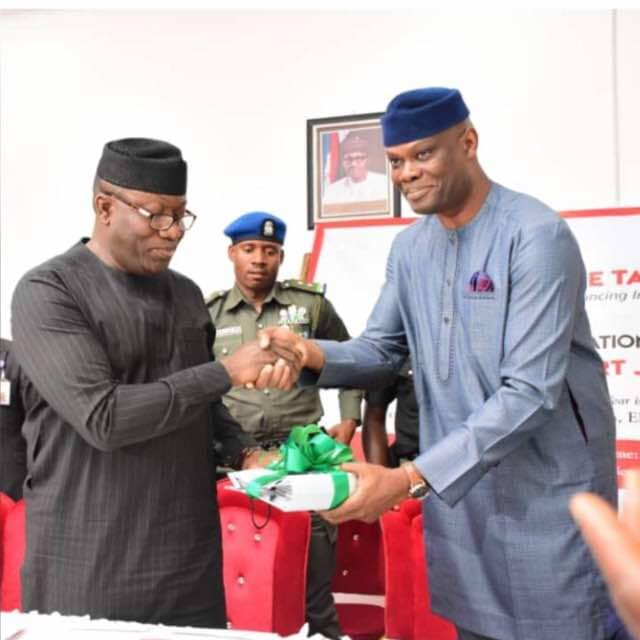 The Ekiti State Ministry of Justice will shortly commence the publication of judgments from traditional palace courts across the South-West states of Nigeria. The Ekiti State Attorney-General & Commissioner for Justice, Olawale Fapohunda, made this disclosure in Ado-Ekiti yesterday, Friday, 3rd July 2020. Fapohunda stated this while announcing the commencement of the compilation of Volume 2 of the Ekiti State Palace Court judgments.

According to him “the Ministry of Justice has since the inception of the Fayemi administration persistently sought for a justice framework that is more accessible to the poor. In our view, the traditional justice system offers this option. It is faster, more credible, better understood by the majority of our people, and more effective in resolving disputes and inexpensive.”

“Truth be told formal justice is not largely accessible by the poor due to the cost of litigation in form of exorbitant legal fees, high costs of filing and service of processes, and frequent adjournments resulting in transportation costs to litigants and witnesses”

The Attorney-General said that from the research carried out by the Ministry of Justice the current disposition among the majority of those living outside the towns in Ekiti State is to look to their traditional justice institutions, which are not complicated by technical procedures, and which to them dispense quick, cheap and more accessible justice. This is why we began the process of compiling and publishing judgments from traditional courts in Ekiti State. Volume 1 of the Ekiti State Palace Courts Judgments has been well received within Ekiti State and across Nigeria and this is why we are motivated to publish the second volume.

Fapohunda informed that he was in talks with his colleagues from the SouthWest States on the modalities for the publication of a compendium of judgments from traditional courts in Yoruba speaking states as an initial pilot project. “Our overall goal is to facilitate the process of having a compendium of judgments from palace courts across Nigeria. This is an idea I will be proposing to my colleagues from other states at the next meeting of the Body of Attorneys-General.”

The Attorney–General further stated that quite aside from drawing attention to the important role of traditional rulers in conflict resolution, the publication of palace court decisions was aimed at enabling improved record-keeping, predictability, transparency, and enhancing respect for rules of a fair hearing in the conduct of proceedings.

It will be recalled that Ekiti State early this year recorded a first in law reporting when it published the first-ever compilation of judgments from traditional courts in the state.