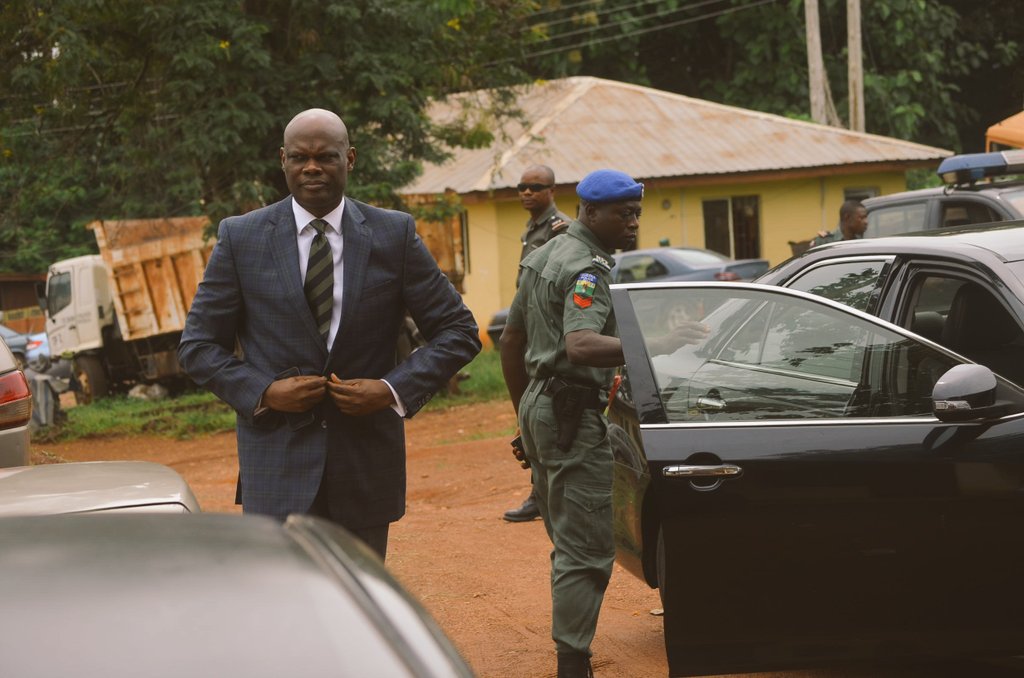 The Ekiti State Governor, Dr. John Kayode Fayemi has confirmed the
appointment of the former Director of Monitoring and Evaluation,
Ministry of Justice, Mr. Ebenezer Akomolafe as an Executive Secretary
in the State Civil Service.

The appointment, which is in line with the developmental goals of the
Kayode Fayemi-led administration, would further strengthen the State
Civil Service.

The Attorney-General and Commissioner for Justice, Olawale Fapohunda,
who appreciated the State Governor, said Akomolafe’s elevation becomes
the second in the Ministry in recent times.

He mentioned Adeniyi Familoni who was the Director of Public
Prosecutions in the Ministry as one of the Permanent Secretaries
recently announced by the state government.

Olawale Fapohunda, who described the appointment that is an
affirmation of Akomolafe’s dedication to service in the Ministry as
well deserved, congratulated him on the appointment.

The Attorney-General said the Ministry of Justice will not relent in
its effort to ensure that the staff of the Ministry re-dedicates
themselves to service to further justify the recognition.