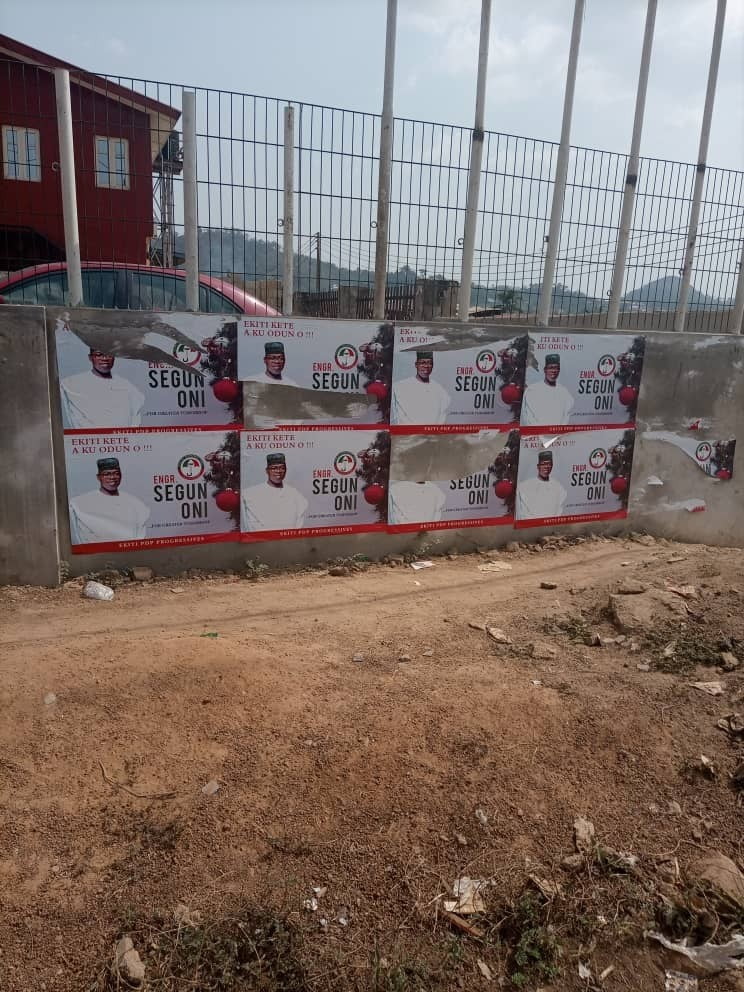 Few days after a former governor of Ekiti State, Segun Oni, flooded  major towns and villages in Ekiti with posters, suggesting his preparation for my the next year’s gubernatorial contest in the state, some angry youths within Oni’s Peoples Democratic Party, have started removing the posters.

An eyewitness said that the youths numbering about 40, had on Wednesday morning marched in a commando style towards the party’s secretariat and removed the posters.

The eyewitness quoted one of the protesters as saying Engr. Oni was wrong in his approach and that they would repeat the same exercise across the state.

“They came in group calling Engr. Oni various names. Their leader who insisted the politician’s approach was wrong said PDP was not ready to work for people he referred to as ‘opportunists, ahead 2022 gubernatorial election in Ekiti,” the eyewitness said.

Oni’s posters, which appear in many nooks and crannies of Ekiti bear the logo of the People’s Democratic Party(PDP), with a bold inscription, “Segun Oni for Governor, the Reformation has Come.”

Residents were seen clustering around the posters and discussing issues surrounding the politics of the state.

Mr Oni was the governor of Ekiti State between May 29, 2007, and October 15, 2010, on the platform of the PDP. His tenure was brought to an abrupt end through an appeal court judgement delivered by Ayo Isa Salami, in a case.