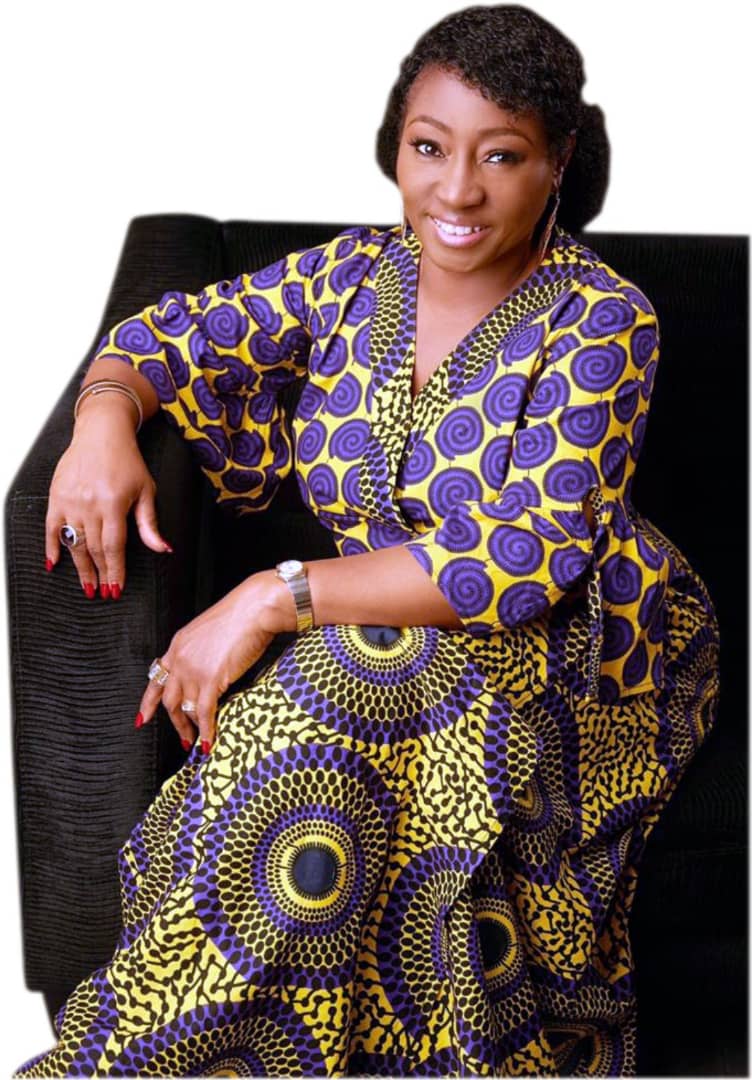 “Human life has meaning, only to that degree as long as it is lived in the
service of humanity.” ― Wole Soyinka in “The Man Died”

In my “Thank You” message on social media to His Excellency Governor Kayode Fayemi and his amiable wife Erelu Bisi Fayemi shortly after my appointment as an aide to the governor was publicly announced, I had said then that Erelu (as she’s fondly called by her admirers)—-an amazing, intrepid gift to humanity—-triggered something in me a few years back (unbeknownst to her) that I wasn’t aware I have. And that that ‘something’ would be “revealed at its own appointed time.”

I was actually saving this “appointed time” for when I would be celebrating a major milestone such as a landmark birthday or something very remarkable in my life. I was, one bright Thursday morning, minding my own business navigating and trying to get familiar with the complex labyrinth of government bureaucracy while doing some mental recordings of the character, disposition, mindset, body language and even the worldview of a ‘new world’ to which I have been exposed in my new odyssey as a Governor’s aide when I ran into Alhaji Dauda Lawal—-that “Prince in the Palace.” After his usual 2-word “Oga mi” paean, ADL, as he’s fondly called, demanded, in no uncertain terms, for an article to be submitted to him in a few days to be published in a magazine in celebration of Erelu’s birthday. The demand was a riot act of some sort from someone who calls me his boss. Talking about the tail wagging the dog!

“What would I write about Erelu that hasn’t been written before?” I murmured to myself on my way to the Finance Building of the state government. Erelu sure is the very first woman, I must admit, who, through her writings, has not only re-orientated my thoughts on feminism, but has convinced me that this social construct can thrive in at least the predominately Christian part of Africa. “But this is some heavy stuff that may be unsuitable to write about in celebration of a birthday,” I concluded within me. “What about that ‘something’ in your “Thank You” message you said would be “revealed at its own appointed time?” “After all, you’re saving it for a special occasion, although for yourself. And this ‘something’ is about Erelu and a birthday is a special occasion. You might as well let it out,” a still, small voice reminded me.

“Yep, that’s it,” I enthused as I bounced up the stairs of the Finance Building.

It was my turn, as the convener, to brief the then Minister of the Federal Republic Dr. Kayode Fayemi about a One-Day conference he sponsored in Akure on Wednesday, November 22, 2017 to commemorate the first anniversary of Governor Akeredolu’s electoral victory. The Saturday after the conference was also a fundraiser to build a modern palace for Oba Ayodele Adejuwon, the Onisan of Isan-Ekiti, Dr. Fayemi’s hometown. As the First Family of a town that comes to life only when her illustrious son and his well-loved wife are comfortably ensconced in her bosom (even if for a few hours before the universe would demand their attention in a far flung corner of the world), the First Family and their extended political family were already seated and the event well underway when I arrived Isan-Ekiti from Akure.

After the fundraising event, I busied myself with reading and re-reading the communique of the conference in the living room of the First Family, which was to be presented to Dr. Fayemi just to kill time when Erelu called out my name (perhaps one of her usual ways of showing affection and/or a form of an advance notice that she was coming to share your personal space with you), and walked up to me with a copy of “Loud Whispers” and said, “I want to give you this book but it would be nice if you can do a review.” I answered quickly in the affirmative. She added, however, that she expected the review to be ready before December 5th when the book would be publicly launched in Lagos. “That wouldn’t be a problem, Erelu” I retorted. She left and I sank my eyes immediately on the book right where I was seated when something jolted me like an electric current. By now I was on the book’s second chapter.

“Wait a minute. How are you supposed to do a book review when you have never reviewed a book in your life?” a voice said. In less than an hour, an assignment that I had accepted with gladness suddenly turned into a nightmare for me. I was suddenly gripped with fear. I ruminated on many questions during the night that I became perplexed and petrified.

“What if I end up doing a poor job of something in which I have no prior experience?”

“Can I even finish this book before the deadline?”

“Why did she pick me for a craft I know nothing about when there are thousands of her closest friends around the world who are—-and can do—-far better than me?”

“Why did I come to Isan-Ekiti on this particular day to be slapped with an assignment that I not only didn’t prepare for, but have no clue as to how to start?”

I didn’t have much sleep as I would read a few pages, got distracted with unpleasant thoughts about a book review that I had been ecstatic about some hours ago but had now become a burden to my soul. I never felt so tormented by failure in my life than I was with that assignment.

I arrived in Akure the following day (Sunday) for the birthday of my friend from childhood Kunle Ashaolu, as well as his investiture as the new president of the state branch of Lion’s Club. The double celebration continued into the wee hours of the morning at a Members Only Club. Even when Kunle would remind some of his friends in the club in my introduction as that guy they used to watch on TVC’s “Journalist Hangout” my mind was never far away from Erelu and her “Loud Whispers.” As if I was begging him to take the burden off me, I told Kunle on our way back to my hotel to be dropped off that Erelu Bisi Fayemi had asked me to do a review of her latest book and that I didn’t know how to go about it.

“But what did you think you were doing when you would send me a ten-page handwritten letter in the university (UNIBEN) on Candide by Voltaire or Inferno by Dante (Alighieri),” Kunle shot back after listening to my lamentation. “Was that not a book review you were doing then?” With his elephantine memory, Kunle reminded me, in his guttural voice about my fondness for Russian authors. “Are you not the one who always walked around with what some of us considered to be strange books that were written either by Tolstoy, Dostoyevsky, Hegel during our secondary school days when on holidays looking for girls to talk to at nights?” “Or have you forgotten how you would take the Friday night bus from Lagos just to be in the midst of campus ‘Kegites’ and some other radicals and would argue forcefully all night about the “dictatorship of the proletariat” with these guys as if your life depended on it, sometimes not knowing you had arrived on campus until you showed up in my room the next morning smelling like a skunk.” So, what are you saying about not knowing how to do a book review?”

“Kunle, I was, in retrospect, only looking for an identity and trying to find my own place in the sun as a teen,” I replied in a dejected tone. Rather than empathy, I felt I was being excoriated by a long-standing friend.

A review of “Loud Whispers” was finally completed after many twists and turns and sent to Yinka Oyebode as Erelu had instructed. Like a student who didn’t bother to find out how he did in an exam in which he knew—-instinctively—-that he was not going to do well, I was only too glad to have sent Yinka something that probably resembled a book review (but was not in my mind) until I saw a text message from Erelu telling me how incredible my work was. Quite pleasantly surprised to have received a message from Erelu as to how wonderful the review was but not totally convinced—-having been so steeped in my own self-doubt—-I asked Yinka the next time I was in Abuja for an audience with Dr. Fayemi what Erelu really thought about my review. “She said it was one of the best reviews about her book,” Yinka said while rummaging through some papers on his desk. I cannot thank Erelu enough for rekindling my self-confidence and helping me to discover that ‘something’ I didn’t know I have with that singular assignment.

The epigraph above was what Wole Soyinka said Adolf Joffe wrote to Trotsky shortly before his (Trotsky’s) death by suicide. For Trotsky, “humanity is infinite.” For Wole Soyinka, “justice is the first condition of humanity.” But for Erelu Bisi Adeleye-Fayemi, subverting the woman and her very essence may well be the final step towards the de-humanization of our humanity.