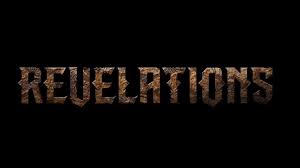 Socio-Economic Rights and Accountability Project (SERAP) has sent a Freedom of Information request to Babatunde Fashola, SAN, Minister of Power, Works and Housing urging him to use his good offices and leadership position to “urgently provide information on specific names and details of contractors and companies that allegedly collected money for electricity projects but failed to execute any projects, starting from the return of democracy in 1999 to 2018.”

According to SERAP, former Nigeria’s Vice President and Presidential candidate of the Peoples Democratic Party (PDP), Alhaji Atiku Abubakar reportedly blew the whistle on Channels TV when he said, “Contractors were given some contracts for power projects and were paid hundred percent upfront. The money went down the drain. Up till now, we are not holding the contractors responsible. People have collected money upfront one hundred percent and have disappeared; and have not even done any work.”

SERAP said: “The revelation by Alhaji Atiku is entirely consistent with SERAP’s recent report titled: From Darkness to Darkness: How Nigerians are Paying the Price for Corruption in the Electricity Sector, which also revealed how over N11 trillion meant to provide regular electricity supply was allegedly squandered by politicians and contractors under successive governments.”

In the FOI request dated 4 January, 2019 and signed by SERAP senior legal adviser Bamisope Adeyanju, the organization said: “By publishing the names of the contractors and their registration details, if any, Nigerians will be better able to hold them to account for allegedly absconding with public funds meant for electricity projects, thereby throwing the country into perpetual darkness and socio-economic stagnation as well as denying people their human rights.”
The organization also said: “publishing the names will make it hard for contractors and companies to get away with complicity in grand corruption. If the requested information is not provided within 14 days of the receipt and/or publication of this letter, SERAP shall take all appropriate legal actions under the Freedom of Information Act to compel you to comply with our request.”

“We are concerned that allegations of corruption involving many contractors and companies in the power sector have continued to impair, obstruct and undermine the ability of successive governments to provide Nigerians with access to regular and uninterrupted electricity supply.”

“Contractors and companies that allegedly disappeared with public funds meant for electricity projects may also be liable for aiding and abetting the commission of acts of grand corruption.”

“SERAP also urges you to refer contractors and companies that allegedly collected hundred percent payment upfront to appropriate anti-corruption agencies for further investigation, and where there is relevant admissible evidence, for them to face prosecution.”

“Doing this will show your willingness to end a pattern of corruption in the power sector and to improve access of Nigerians to regular and uninterrupted electricity supply. It will also allow citizens to track the level of execution of electricity projects by contractors and companies and reduce impunity for corrupt acts in the sector.”

“Failure to publish the names of alleged corrupt contractors and companies in the power sector will undermine the government’s oft-expressed commitment to holistically fight grand corruption and improve access of Nigerians to regular and uninterrupted electricity supply.”

The Presidency has said it was mischievous, but not entirely out of character, for the immediate past governor of Ekiti State, Ayo Fayose, to attack TraderMoni.

“Similarly, failure to take punitive and dissuasive measures would allow corrupt contractors and companies to continue to undermine the rule of law and socio-economic development of the country, restricting access of disadvantaged and marginalised communities to regular and uninterrupted electricity supply.”

“SERAP notes that the UN Convention against Corruption to which Nigeria is a state party contains requirements of integrity and honesty in economic, financial or commercial activities-in the public and private sectors. It also imposes obligations on the government to ensure that sanctions imposed for corruption on natural and legal persons are effective, proportionate and dissuasive.”

“By Section 1 (1) of the Freedom of Information (FOI) Act 2011, SERAP is entitled as of right to request for or gain access to information, including information on alleged corrupt contractors and companies that have collected money for electricity projects and disappeared with public funds rather than executing the projects.”

“According to our information, former Nigeria’s Vice President and Presidential candidate of the Peoples Democratic Party (PDP), Alhaji Atiku Abubakar blew the whistle on Channels TV when he said, “We collected money from local, state and federal governments and others. 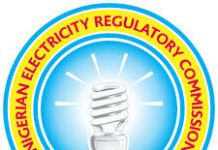 JUST IN: Court orders NERC not to increase electricity tariff 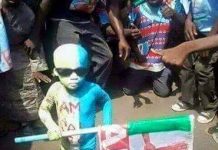 SPEAKING FOR MYSELF AND NOT THE PARTY. BY KAROUNWI OLADAPO 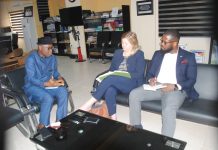 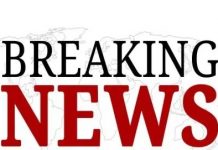 THE GREATEST CONSPIRACY AGAINST NIGERIAN YOUTHS. By Raymond Aisabor