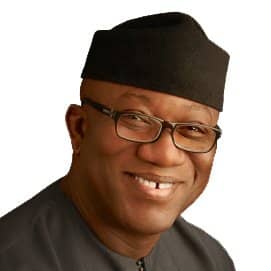 The Stakeholders in the All Progressives Congress, APC, in Ekiti State met on Saturday 4th July 2020 in Ado Ekiti to deliberate on issues bordering on the activities of the party viz a vis that of the APC-led government in the state.

The meeting which was regarded as a family affair, is the highest caucus meeting of the party. And, according to the communique duly adopted, the stakeholders decided on the following: