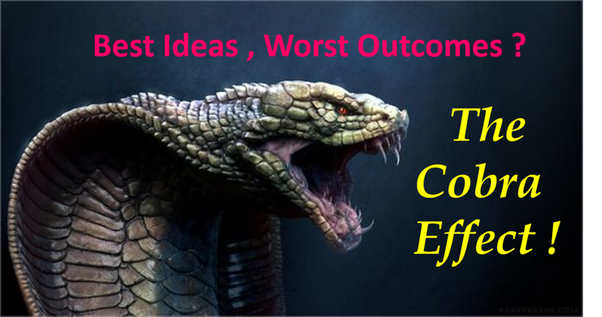 Hope you know about a term named Cobra Effect?

If not, it’s time that you learn about it.

The Cobra Effect is a term in economics. It refers to a situation when an attempted solution to a problem makes the problem worse.

This name was coined based on an incident in old colonial India.

By some reasons, there were too many venomous cobra snakes in Delhi. People were dying due to snake-bites and it became scary for almost everyone to step out of their houses.

The government of the day had to get into action to stop this menace and it offered a silver coin for every dead cobra. The results were great, a large number of snakes were killed for the reward.

Eventually, however, it led to some serious unwanted consequences. After a short-term dip in cobra population, it started going up.

This was because few people began to breed cobras for the income. When the news reached the government, the reward program was scrapped, causing the cobra breeders to set the now-worthless snakes free. As a result, the cobra population further increased. The solution for the problem made the situation even worse.

The unintended consequence for a well-intention-ed idea led to making the problem worst.

Planning to tackle an existing problem with a new idea?

Well, it’s time to pause and think about how people would respond to the new idea that may sound great on paper!

Specially the solutions that try to affect how people behave.
There’s always a certain group of people who have a tendency to game the system -intentionally or otherwise.

They have a tendency to take short-term advantage of any situation though that may lead to harm to them & society-at-large only in the long run.

Every solution has consequences and those consequences may lead to certain situations where rather than solving a current problem, you may end up with more complex problems.

Few more examples:
A similar type of incident like increasing cobra-population occurred in Vietnam. The rulers realized that there were too many rats in Hanoi and spread of plague was imminent They created a reward program that paid a prize for each rat killed. To obtain the bounty, people would provide the severed rat tail. After initial success, the officials, however, started noticing rats with no tails. The rat catchers would capture rats, cut off their tails, and then release them back into the sewers so that they could breed and produce more rats, thereby increasing the rat catchers’ profits.

As they say the road to hell is paved with good intentions, the similar mistakes are happening around us everyday when the decision -makers fail to take a 360 degree view of all the possible outcomes of an action before implementation.

Nearly 2 years ago, city of Philadelphia in USA passed a “soda tax” — a US $1 tax on a typical 2-liter bottle of soft-drink- as a “sin tax” in the national war on obesity. But the natives didn’t cut calories as a result of the tax on sweetened drinks, nor there was a shift towards any healthier option. Instead, most of them just drove outside the city to buy the same colas , from stores where they didn’t have to pay the tax. But the poorest paid more as they could not find it affordable to drive out of the city to buy their drinks. In the end , city suffered loss of revenue due to lower sales whereas the lower section society paid more .

The unintended consequence for a well-intentioned idea led to making the problem worst.

Even big & brilliant companies do the same mistake!

It is not that mistakes happen only with the government run programs, there’re n numbers of examples in great private companies too where the best & brilliant people lose sight of certain negative outcomes due to the initial magic of seemingly great looking ideas .

The Nano Car – a small car that could never it make it big !

The car once touted as the world’s cheapest, Tata Nano, seems to be running into a dead end as sales and production is down to a trickle. The poor demand has resulted in Tata Motors shutting down the plant in last month.

A car considered as a brilliant product, launched in a segment having a billion dollar opportunity. Hope ran high , the company expected all present and potential two-wheeler owners would shift to Nano.

But they forgot to dwell deeper – a car marketed as ‘the cheapest car’ , created huge initial interest. But it never took off.

Later on, Ratan Tata admitted that the reason for failure of this idea was none other than the term which became synonymous with Nano – “The cheapest car”.

Buying a car in India is associated with social status and prestige; if a person owns a car, he is assumed to be successful and settled. But the word ‘cheap’ in its marketing campaigns spoiled everything.

The company also failed to dwell upon the competition from used-cars. Used cars (2nd hand cars) from other companies , which were much better in quality, space and mileage were available to the same customer -segment at the same or lesser price than Nano .

An intelligent team of people failed to think about the above likely outcomes because it became temporarily blind by the brilliance of such a great idea, by the idea of tapping a billion-dollar opportunity.

In 2017 Apple admitted that it was slowing down the speed of old iPhones as the batteries of those old phones were degrading with the passage of time.To make up on loss of brand image and to saistfy its erstwhile customers, it offered to cut its US $79 battery replacement feed down to US $29 as a way of apologizing.

This lower fee led to more people in 2018 ended up swapping their batteries — instead of upgrading to the latest iPhone models thus affecting new iPhone sales. As iPhone batteries became cheaper and easier to replace, fewer people are shelling out for new iPhones that can now cost up to US $1,449.

On January 2nd this year, Apple revealed that it was expecting a $9 billion loss in revenue due to weak iPhone demand that’s partly caused by more people replacing their batteries, according to a letter issued by CEO Tim Cook addressed to investors.

Slowing down of iPhones sales can be attributed to many external reasons too (better Chines phones, better Apps on Android phones etc ), but strategy of battery-replacement was an internal idea. It would have been handled better if people at top would have thought more about it , if they would have filtered this program from Cobra effect

What’s in it for we?
Next time if you or your team has some brilliant idea , get your brilliant guys together in a room and think about the Cobra- effects before implementing that idea.

We can always fine-tune the idea to minimize the negative implications by spending few extra hours/days before rushing to announce it.

think about the Cobra-effects first. 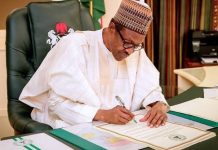 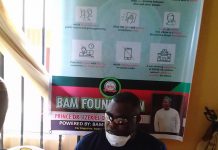 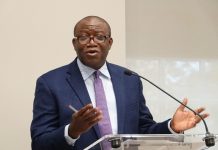 EKITI TO BOOST ECONOMY THROUGH AGRIC 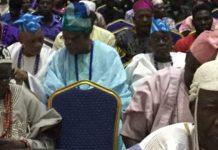 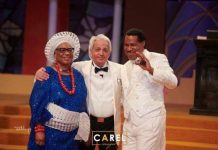 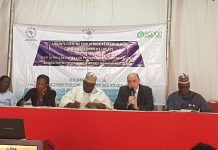 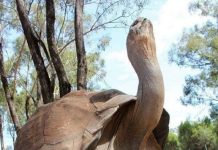