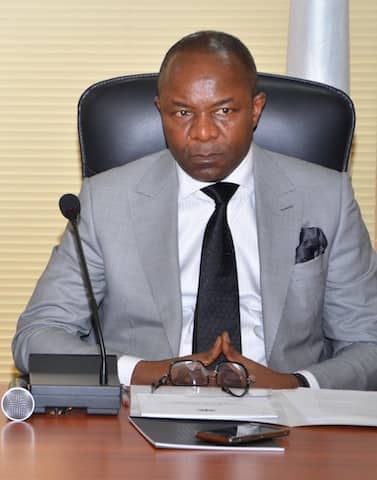 Kachikwu should bury his shame. I read him in his Hints Magazine long ago say he has 1st class upper in law.

I never said I made First Class – Kachikwu

The Minister of State for Petroleum Resources, Dr Ibe Kachikwu, has described as false and baseless report making rounds that he claimed graduating from the University of Nigeria, Nsukka (UNN), with a First Class degree.

The minister made the clarification in a statement signed by the Director of Press in the Ministry of Petroleum Resources, Mr Idang Alibi, in Abuja, on Thursday.

Alibi said at no time did Kachikwu claim that he graduated with a First Class from the UNN.

He said that the minister graduated from the institution with a ‘Second Class Honours (Upper Division) degree from the Faculty of Law in 1978, and also emerged the best student.

“The assertions in the publication are wrong and baseless and a careful check with the Ministry of Petroleum Resources would have cleared this misrepresentation.

“By every measurement index, the Minister has performed outstandingly in his school work and has records to show for it,” he said.

He further stated that the ministry observed that Kachikwu’s Wikipedia page had been tampered with recently, by unknown persons, and might have been re-edited for sinister purposes.

“On the Wikipedia page that was cited in the report, it would be expedient to note that Wikipedia cannot be used as an authentic source of referencing or verification of facts.

“Considering that anybody that has access to a Wikipedia page can also edit same to suit any narrative they want to claim or push.

“To buttress this fact, we have noted that Dr. Kachikwu’s page has recently been re-edited recently by persons unknown to him and to us,” he said

Explaining the video of its presentation at the Commonwealth of Zion Assembly, (COZA), cited by the report, Alibi said the substance of Kachikwu’s comment in the church was to the effect that he had a first class performance in school.

According to him, the Minister was emphasizing on the need for hard work amongst the youth to get them to the top of their game.

Alibi maintained that the official Curriculum Vitae, CV, and resume of the minister of state for petroleum resources was in the public domain and had been submitted to various levels of Government and Parastatal agencies.

He said: “Also line 6, page 3 of the document herein attached clearly states that Dr. Kachikwu obtained a “Second Class Honours (Upper Division) degree” from the Faculty of Law in the University of Nigeria, Nsukka where he graduated as best student in 1978.

“In addition, no First Class Honours were awarded by UNN that year. However, he was on the list for best graduands with Second Class Upper Honours for that year.

“That begun many years later; however best graduands have subsequently now been classified in the First Class category by the Law School.

“For Harvard University, his CV correctly states that he was a Distinction graduate for the Master’s degree programme (First in Class) at Harvard University and that he obtained his SJD in a record time of one and a half years.

“The various academic awards received during his education days are clearly spelt out in his CV/Resume.”

He noted that Kachikwu had worked at the highest level of the oil and gas industry globally for over three decades and indeed lectured at respectable global institutions such as University of Ife, Nigerian Law School and Harvard Law School

Lawal Daura insisted that he never worked as a mole for Saraki
Amosun threatens to dump APC over primaries Ambode, Okorocha, 3 other govs seek Buhari’s intervention.