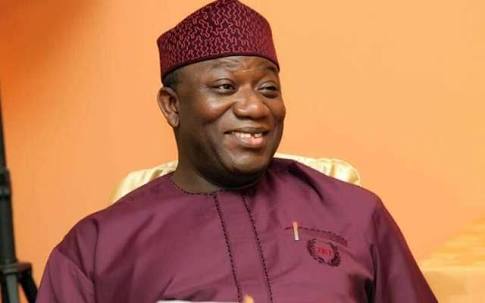 It is indeed true that Fayemi has unfinished business in Ekiti. The business is basically to bring back the good old days and make the people to take ownership of government. A lot of works were left unfinished or undone. The old days of good governance is all gone. Just look around you, it’s a total abandonment. Take a look at this. When he came on board in 2010, he started the restructuring of government activities in an holistic manner.

With this restructuring, government spent less on consultancy services from private institutions and the state was able to increase its Internally Generated Revenue. Before this time, the state IGR was paltry and abysmal. Through critical ingenuity and uncommon thinking, Fayemi was able to increase it from less than N100 million to as much as N550 million monthly. That accounted for why his government was able to pay salary regularly and attend to those programmes that can make Ekiti great in all spheres.

Fayemi improved upon the IGR of Ekiti State with a tremendous difference and transparency. One of his strategies of doing this was was his magic touch on tourism development. Like I wrote yesterday, tourism was one of the critical areas of the 8-point agenda. What did he do right in that sector, follow me as I put a smile across.

Fayemi was able to expand the scope in the sector and launch Ekiti to stardom through aggressive development of the state tourism potentials. The Ikogosi warm spring, where cold and warm spring met in Ikogosi was developed to a global standard, Fayemi spent a whopping sum of N2 billion to actualise this. He raised the aesthetic value of the hitherto abandoned tourist attraction to the extent that it generated over N40 million monthly through visits by tourists and investors.

Dr. Fayemi constructed modern chalets in the area to house the visiting tourists and this was concessioned to private sector to manage for Ekiti to derive the right benefits and this was achieved.

Not only Ikogosi, he also invested in Arinta Waterfall and was making effort to construct a Helipad in the area to convey tourists from the hilly point down the slope where people can have a full glimpse of the fall, and also commenced work on the phase two of the resorts, before the 2014 governorship election scuttled the dream.

With the foregoing, it was indeed evident that Fayemi, like I wrote yesterday, ran on good records. And with the way Ekiti citizens have been pummeled by the present government through arbitrary cancellations of those laudable programmes, it is indeed true that Fayemi has unfinished business in Ekiti. The business is basically to bring back the good old days and make the people to take ownership of government.

To actualise this, the Governor Elect has in the past five weeks been working round the clock to meet with the federal ministers, his former colleagues, and other multilateral organisations to assist him in taking Ekiti State back to the land of honour where he left it in 2014. It’s indeed going to be a herculen task to achieve, but trust the creative ingenuity and experience of this uncommon administrator, Ekiti recovery project is surely in the hands of the right man.

It’s been ADL all the way, good morning as we meet again tomorrow.