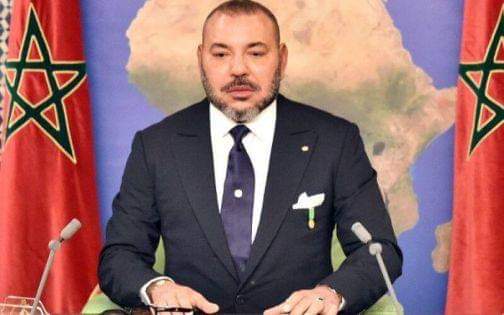 His Majesty Mohammed VI, the King of Morocco has said that education, rather than military action, is the solution to tackling terrorism and radicalism across the world.

The King stated in Rabat, Morocco at a grand reception organised for Pope Francis who visited the Northern African country for the first time. According to him, people who unleash violence and other acts of terrorism in the name of religion are ignorant.

“Religion is light, religion is knowledge, religion is wisdom and religion preaches peace. It calls for the need to divert the energy spent on weapons and other misguided races toward loftier pursuits.”

“What all terrorists have in common is not religion but rather ignorance of religion..“My plea for education is an indictment that terrorists are ignorant of the true meaning of religion and the fact of not knowing one another well enough that are threatening our civilisation as a people and not religion. ‘That is why as Commander of the Faithful, I am advocating today that we give religion its rightful place in education,” he said.

The monarch said that both Islam and Christianity preached peaceful co-existence, adding that it was being demonstrated by the symbolic relationship that United Moroccans beyond faiths.

He noted that, “as King of Morocco and Commander of the Faithful, I am the guarantor of the free practice of religion. I am Commander of all believers.” “I believe just like Pope Francis in an active spirituality that seeks to serve the common good of mankind”

The king admonished young people across the world against hiding behind the guise of religion to unleash violence on innocent people.

The News agency of Nigeria (NAN) reports that Morocco with a population of about 37 million people, has more than 120,000 Christians