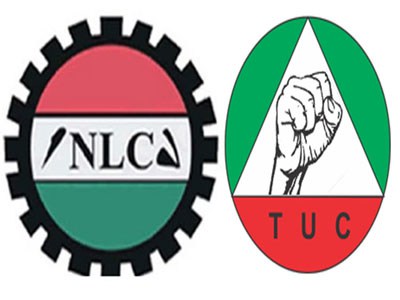 Ahead of November 6 nationwide strike to compel government to peg a new minimum wage at N30,000, organized labour will tomorrow hold mass protest across the country as part of sensitization of workers and Nigerians for the planned industrial action.

This came as organized labour urged workers not to be deterred by the government’s threat of “no work, no pay” as strike had always complied with legal requirements.

In a circular to its affiliates and state’s councils across the country, ULC, through its Deputy General Secretary, Chris Oyeka, said: “This is to inform you that sequel to the several consultations among the leadership of organised labour in Nigeria over the apparent decision of the federal Government to sabotage the National Minimum Wage Negotiation; the following decisions were taken that there shall be a national day of outrage and mourning by Nigerian, workers all over the nation. Tuesday, October 30, 2018, has been chosen for that action.

“All state councils are, therefore, to collaborate with the other two labour Centres (NLC and TUC) in their respective states to make this day a success. It is a day set aside to show our indignation and anger over the way workers have been treated in Nigeria and to mourn the death of truth, transparency and good governance in Nigeria.”

We shall also sensitize Nigerians on our plight as workers and citizens and the need for national resistance.

“Do also be informed as you mobilise for the planned Nationwide Strike on Tuesday,that on the 6th of November, 2018, UMI’s CWC will meet to take further decisions which will culminate into the joint CWC meeting of the three Labour Centres (ULC, NLC and TUC) where final decisions will be taken on the strategies for the Nationwide strike. You will be informed if there is any further decision that may arise from these CWC meetings.”

On its part, NLC, while urging workers to prepare for indefinite strike from November 6 over a new minimum wage, told them not to be deterred by government’s threat of “no work, no pay” as strike has always complied with legal requirements and will always comply with those requirements.

In a release by President of NLC and the General Secretary, Ayuba Wabba, and Dr. Peter Ozo-Eson, the NLC urged members nationwide to fully mobilize and comply with resolutions of National Executive Council, NEC, meeting of Tuesday 23.

“The NEC resolved to organize a national day of mobilization and sensitization rallies for all workers to show their outrage and mourning in the 36 states of the federation and FCT on Tuesday, 30th October, 2018. The day will also be used to educate and sensitize Nigerians on the horrendous plight of workers and pensioners, the insensitivity and duplicity of government on labour issues, and to protest the proposed obnoxious policies of government against organized labour.” Joint organ meetings

The NLC also said there would be “joint organ meetings of the Central Working Committees, CWCs, of all the labour centres on November 2, 2018, for final preparations for a full engagement with government on the national minimum wage.”

It declared that workers nationwide would “commence an indefinite national strike from November 6, 2018, except government accepts and commences the process of perfecting the payment of N30,000 as the negotiated and compromise new national minimum wage before that date.”

Urging workers to disregard government’s directive on “no work, no pay” because, NLC said Government’s designs to influence the tenure of union executives and membership of unions’ negotiating teams, constitute a direct interference in the internal affairs of the unions in direct contravention of the Articles 3, 4 and 8 of ILO Convention 87 (to which Nigeria is a signatory since 1960).

“It states that ‘workers and employers’ organizations shall have the right to draw up their constitutions and rules, to elect their representatives in full freedom, to organize their administration and activities and to formulate their programmes.”

Thai cave boys watch Man United v Everton: The boys’ ordeal came to a happy ending in early July when an international team of cave divers brought them out in a complicated rescue mission.
The latest Ibrahim Index of African Governance sounds a warning for a continent where the sub-Saharan population is projected to double by 2050.