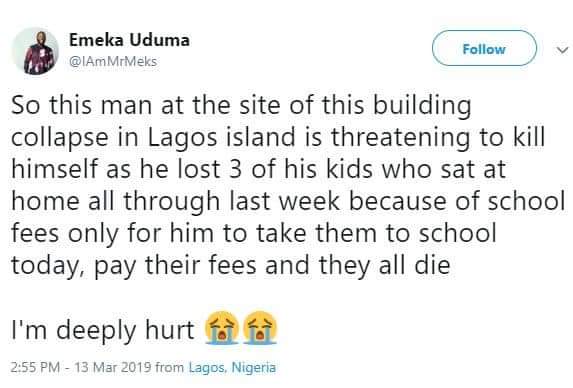 One of the many tragic stories coming from the collapsed building in Lagos Island.

A man has reportedly threatened to commit suicide after he lost three kids in the Lagos collapsed building in Ita-Faji area of Lagos Island. According to a social media report, the man managed to pay the school fees of three of his kids and ended up losing them when they attended the school on the day of the incident after two weeks of being absent due to his inability to pay their school fees.

“So this man at the site of this building collapse in Lagos island is threatening to kill himself as he lost 3 of his kids who sat at home all through last week because of school fees only for him to take them to school today, pay their fees and they all die”.

This is one of the many tragic stories coming from the collapse of a three storey building in Lagos Island where several kids were trapped. 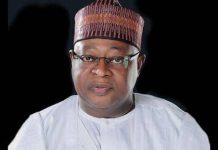 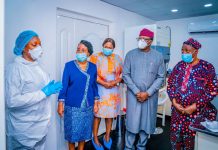 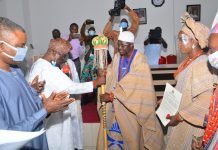 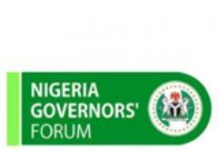 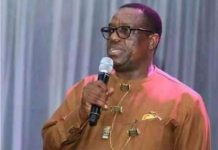 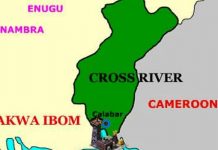