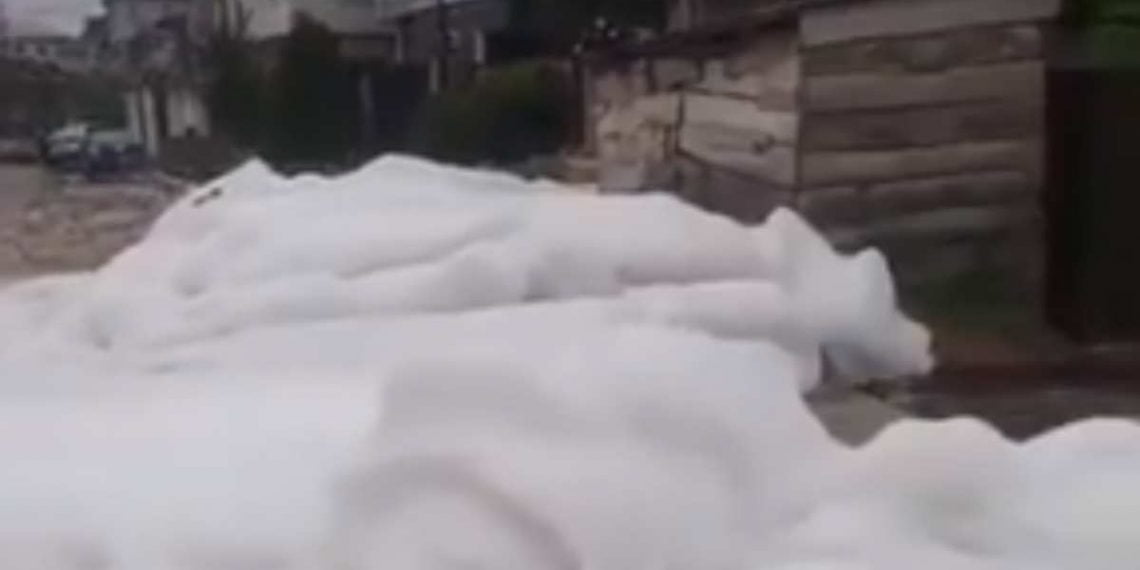 There was panic in some areas of Lagos on Wednesday over the appearance of a snow-like substance.

Some Twitter users who made videos on the popular Ikorodu Road described the substance as snow.

On the back streets of Anthony Village, some residents were trapped inside their houses as the substance kept spreading.

Some were even seen in a video obtained using ladders to come out of their homes as the substance had covered the entire gate and compound areas.

However, top sources in the Lagos State Ministry of the Environment confirmed to that the substance was from the content of a tanker that was involved in an accident on Ikorodu Road on Wednesday.

The content of the tanker was said to have spilled on the road, turning foamy on impact on the road.

The frontline safety agencies in the state will on Thursday (today) conduct investigations into the issue.