Wike in moves to Save face!!!
Dollar rains in Port Harcourt, as Atiku leads

Reports tricking in from Port Harcourt, venue of the 2018 elective national convention of People Democratic Party (PDP), indicate that delegates are laughing home with thousands of dollars.

Reports also revealed that former vice president Atiku Abubakar has overtaken Governor Aminu Tambuwal of Sokoto State in the race for the PDP presidential ticket. Atiku is now leading in the number of votes garnered by aspirants.

Some presidential aspirants are reported to have bribed many of the delegates with dollars. According to Sahara Reporters, many of the more than 3,000 delegates are said to have received thousands of dollars as bribes from some presidential aspirants.

“As early as Saturday morning, some of the delegates said they already had up to $9,000 each while they said that they were still expecting more.’’

“A particular aspirant, who had taken part in a presidential primary before, was said to have first offered the delegates $2,500 each in exchange for votes.

“But when he heard that another aspirant offered the delegates $3000, he increased his own to $4000.

“Our correspondent however gathered that the first aspirant later offered same amount of $4000, and action that forced the man who offered $4000 to increase his own to $5000.

Sahara Reporters tweeted: “Presidential Primary: Dollar Rain As Saraki, Atiku, Tambuwal Divide PDP Leaders.
As early as Saturday morning, some of the delegates said they already had up to $9,000 each while they said that they were still expecting more. 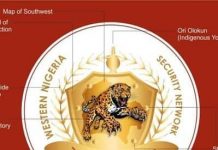 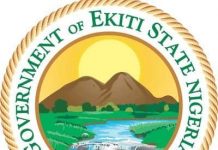