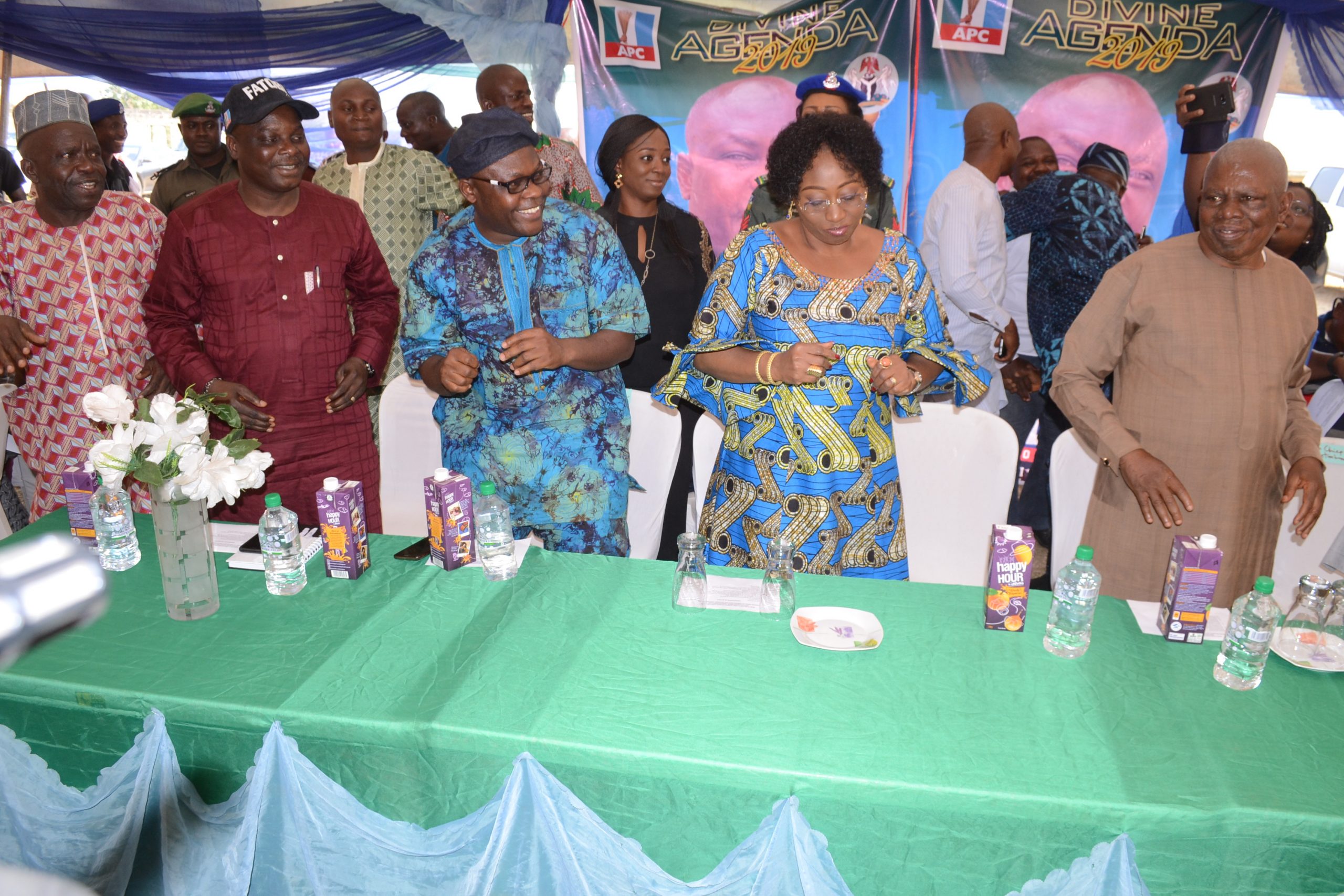 The wife of the Ekiti state Governor, Erelu Bisi Fayemi has charged Ekiti people to re-elect President Muhammadu Buhari for a second term in the next month Presidential election to foster continuity, hope and development in the country.

The wife of the Governor gave the charged at a get together organised by an APC House of Assembly candidate, Hakeem Jamiu to flag off his campaign for state Assembly election at Igbemo Ekiti in Irepodun/Ifelodun Local Government area of Ekiti state on Thursday.

Erelu Bisi Fayemi also assured Ekiti people that the APC government would continue to give Nigerians hope and diversify the country’s economy when President Muhammadu Buhari is re-elected.

Erelu Bisi Fayemi who was a guest at the event also stressed the need for Ekiti All Progressives Congress to come together and be a formidable force against opposition parties in the state.

She further expressed the resolve of the Fayemi’s administration at repositioning the state fortunes and improving the welfare of common man in Ekiti state.

The Governor’s wife however urged all residents of Ekiti to work conscientiously for the President Muhammadu Buhari’s re-election to enable him consolidate on his numerous achievements.

Erelu Bisi Fayemi who extolled the virtues of the APC House of Assembly candidate, Hakeem Jamiu also urged the people of his constituency to cultivate his electoral victory in the March state Assembly poll.

The Assembly hopeful, Hakeem Jamiu while speaking with newsmen pledged to be a faithful representative of the people when elected to represent the constituency.

The occasion was graced by dignatries , notable party members as well as stakeholders from across the state.

Bolaji Blessing (Press Officer) Office of the wife of the Governor.