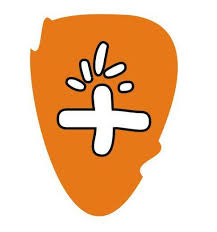 Anyone up-to-date with the security situation and dynamics in Nigeria will attest that the
country is grappling with multifaceted, unrelenting threats to national security. One of such
pervasive security threat is an embarrassing kidnap for ransom and extortion (KRE)
pandemic. Toddlers, elderly citizens, pregnant women and religious leaders are not off-
limits to daredevil kidnappers in Nigeria.
It is a well-known fact that traveling by road now to any part of the country is like going on a
suicide mission.

The Abuja – Kaduna road which connects the federal capital to the North-
west states has been taken over by kidnappers. Birnin Gwari area in Kaduna State has now
become synonymous with violent deaths. Taraba, Zamfara, Sokoto and Gombe roads are
impassable at the moment. Virtually all the major roads in the country have been taken over by kidnappers.
It is very important to stay ahead of security threats and risks in Nigeria otherwise you may
be inadvertently setting yourself up to become another crime or kidnapping statistic. While
it is possible that some of the cited hotbeds of kidnapping in Nigeria could become safe and
serene in the near future but for now this is what it is; better to err on the side of caution.
This security risk analysis encompasses the 36 states of Nigeria but because of its extensive
nature and swathes of territory involved, we shall analyze KRE in the various states but
compartmentalize them into Nigeria’s six (6) geopolitical zones.

No fewer than 70 kidnapping incidents were reported in Jos, Plateau state between January
and June, 2019. About 80% of the victims are said to be children aged two to nine and the
depressing aspect is that these kidnappings happen despite the plethora of security agencies – the Police, Army, Air Force, Navy, DSS, NSCDC, within Jos metropolis. Also, the
Kaduna – Birnin Gwari road, Kaduna-Abuja road, and Abuja – Lokoja roads which link
Nigeria’s Federal Capital Territory, Abuja with most cities in the north-western and north-
central parts of Nigeria are unarguably the most dangerous roads in Nigeria due to the
activities of gunmen and bandits who abduct travellers for ransom. On the Kaduna – Abuja
expressway, many victims are reportedly ambushed around Rijana and Katari villages. This
stretch of road is interspersed with three forests – Rijana or Birnin Gwari and Akilbu forests
where these bandits ensconce their victims. “Prominent Nigerians, including senators,
serving senior military officers and politicians have been forced to take trains to Kaduna
for fear of being abducted by the notorious kidnappers operating along the Kaduna-Abuja
Expressway.
Kogi state, especially the Obajana – Kabba road, Okene-Kabba road, Okene -Lokoja road
and Itakpe-Adogo road in Adavi Local Government Area of Kogi state are arguably the
most notorious kidnapping hotbeds in Nigeria. An American missionary, Phyllis Sortor was
kidnapped from Hope Alive Nursery/Primary School in Emiworo, Ajaokuta Local
government Area of Kogi State on February 23, 2015. Hajia Hawawu Bello, mother of the
incumbent Governor of the State, Alhaji Yahaya Bello was kidnapped from her Nagazi
residence in Adavi Local Government Area. On April 15, 2019, It was reported that,
Henshaw Ativie was kidnapped alongside his wife and children in Itakpe-Adogo road in
Adavi local government area of Kogi state. The family apparently ran into gunmen on their
way to Edo state. The abductors forced the vehicle to a stop by shooting at the tyres
before ordering the occupants to come down and later led the man and his wife into the
nearby bush and left the three children stranded by the roadside.
Nigeria’s former Chief of Defence Staff, Air Marshal Alex Badeh was ambushed and shot in
the evening of December 18, 2018 by gunmen while returning from his farm between
Koso and Kugwaru communities, along Abuja-Keffi highway. Another retired senior military
officer, Major General Idris Alkali was also killed in Jos, Plateau while driving from Abuja to
Bauchi. General Alkali’s body was later found in an abandoned well in Gushet, Shen, Jos.

In Ondo state, the Owo-Oba Akoko road and Akure-Owo Expressway, specifically at
Amurin Village in Owo Local Government Area are ill-famed for kidnapping. Kidnappers
donning police uniforms are said to operate unhindered even with the presence of
security operatives along that road. Apart from the sporadic kidnappings along Akure-
Owo-Akoko roads, there have been reports of robberies and killings on same route, with
no respite and solution in sight.

The Ikorodu (Ishawo) part of Lagos state is notorious for kidnapping, cult rivalry, ritual
killings (Badoo) and other security challenges. Epe axis of Lagos state is also another
kidnapping hotbed. Both are riverine communities with a plethora of creeks; it appears
the kidnappers sail from neighbouring Ondo communities. Six male students of Igbonla
Government College, Epe, Lagos, were abducted from their school premises on May 25,
2017 and were finally released at Aboto Creek at Ilaje Local Government Area of Ondo
State.
On April 6, 2019, the Director of Lagos State Fire Service, Mr. Rasaki Musibau, and six
others were kidnapped at Iwoye Bridge, Itoikin-Epe road, in Ikorodu. Sequel to this, the
Nigerian Army established a Forward Operating Base (FOB) in Epe with a view to taming
the wanton security challenges prevalent in this area. Similarly, the FESTAC axis in Lagos
used to be notorious for kidnapping during the reign of billionaire kidnapper, Chukwudi
Onwuamadike, a.k.a Evans. The Benin-Ore has become another haven where armed
bandits have taken over the road with reports of kidnapping basically on a daily basis.

The hotspot of highway kidnapping is the dreaded East–West Road connecting Warri /
Sapele through Patani and Port Harcourt. Elele to Umudioga, Egbeda, Ubima, and Omuku
roads are no go areas in the evenings (from 6pm) due to heightened kidnappings.
Travelers are advised to be very cautious or possibly avoid commuting through Elele –
Ndele Rumuji – Emuoha – Choba – Port Harcourt.
In South-East Nigeria
The Owerri-Port Harcourt road is a notorious kidnapping hotbed. Kidnappers lay ambush
at a particular failed portion of the road around Nkaraha in Ohaji-Egbema Council Area of
Imo State. About 40 travellers were reportedly kidnapped along this stretch of road within
three months, including five members of the National Youths Service Corps (NYSC) who
were travelling to Rivers from Ondo State for their orientation. The high rate of kidnapping
along this road is attributed to unremorseful militants that have found a safe haven in the
forest around the Port Harcourt-Owerri Road.
In the North-West Nigeria
Sometime ago, the governor of Katsina state, Aminu Masari publicly lamented that,
‘’bandits and kidnappers have taken over Katsina state’’. According to governor Masari,
“These bandits strike at will, maim at will, destroy lives and property at will”

He went further to opine, “In other parts of the state, we also have kidnappers who not
only take people on the road but in the comfort of their homes.
Statistics have it that 297 residents were kidnapped, 448 people killed, 256 injured and
348 houses destroyed by bandits in Zamfara from December 2018 to June 2019 of which
the figures could be higher because many cases go unreported. “Routes such as Gusau-
Magami-Dansadau, Kuceri-Danjibga-Keta-Wanke, Kaura- Namoda -Moriki-Shinkafi and
Zurmi-Jibia – Katsina are very risky, especially at nights.

At the peak of the Boko Haram blistering attacks, the Maiduguri – Dikwa – Gomboru road,
Maiduguri – Damboa road and Maiduguri – Baga road, Konduga – Bama, and Bama –
Bankiand Bama – Gwoza roads in Borno state and the 120-kilometre Damaturu-Biu Road
in Yobe state were respectively closed for several months, years due to persistent Boko
Haram ambush and mass abductions along those roads. On April 12, 2019, reports had it
that a prominent businessman based in Jimeta-Yola, Adamawa State, Abubakar Bashar,
was kidnapped while returning from a farm along Yola-Numan road.

CONCLUSION
It is evident that kidnapping for ransom and extortion is unrelenting in Nigeria. More
worrisome is the fact that the security agencies seem to lack the capacity and have no
clear-cut strategy to rein in this pervasive security threat. Security is a collective
responsibility and security awareness is fundamental. It is also a given that prevention is
better than cure. Individuals must make conscious effort to be in the know about goings-
on around them and to do the needful. Also, given that kidnapping in Nigeria has morphed
into a dangerous trend, high time it was treated as a national security problem. A
proactive, holistic and collective approach and response is exigent if we must rein in
kidnapping in Nigeria. The Nigerian government should go beyond treating the symptoms
of kidnapping but go the whole hog of fixing the root, remote and immediate causes.

Insecurity: Ooni pays second visit to Villa under 24hrs. By John Ameh
Dear Nduka Obaigbena, THEY DID NOT MAKE IT TO 60! – An open letter Trending on social media