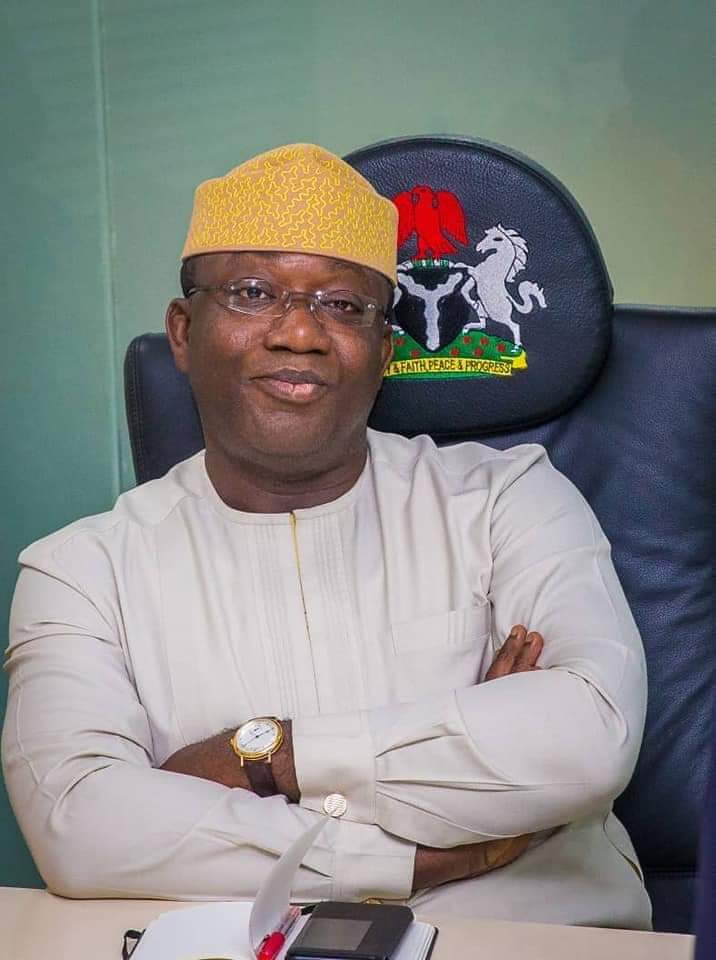 SUPREME COURT VERDICT: ONI NOT MY ENEMY, SAYS FAYEMI
Ekiti State Governor, Dr Kayode Fayemi has said that the decision of Engr Segun Oni to seek redress in court after his defeat in the governorship primary election of the All Progressives Congress (APC) last year has not made the former governor his enemy.
Reacting to his victory at the Supreme Court during a chat with journalists in Ado-Ekiti on Wednesday, Governor Fayemi said though it was within Oni’s right to seek redress in court, the exercise, according to him, was needless because it was clear that he resigned his appointment as a minister in line with the laws of the country.
The Governor said he is of the view that Oni would see the Wednesday’s verdict of the Supreme Court as the end of the matter and as wake up call on him to begin to play active roles as a leader in the APC.
Fayemi said: “Going to court does not necessarily translate to being enemies. He felt strongly about a position and I believe that is why he went to court. Now that the highest court in the land has pronounced definitively on it, I hope he will see it as a cue to play active roles in the party.
“To the best of my knowledge Engr Oni remains a member of APC and I don’t believe he has decided to remove himself from the party. I hope this will not lead to another round of recriminations and attack because I have said it in the past that it is within his right to pursue anything he felt strongly about in the law court”, the governor said.
While calling on Oni to support his administration in moving the State forward, Fayemi said distractions and recriminations should end.
On the party’s call for the withdrawal of lawsuits against fellow party members, Fayemi said it was the party’s duty to take actions on any member who disobeys it.
“However Ekiti must move forward. Enough of this distractions and recriminations over matters that need not go to court because it is very clear that one, I resigned in accordance with law of the land. Two, that the shenanigans that culminated in the White Paper that said Fayemi could not serve in a political position has been dealt with by an appropriate law court and the trash that it was, and finally that the primary that took place in Ekiti was to anyone who is objective enough, one of the cleanest, fairest, most credible primaries that have ever taken place in the history of politics in Nigeria.
“If all of these have not convinced those who want to contend with the party, if the party chooses to take a decision on their continued membership of the party, that will not be about Fayemi and it will not be my decision. It will be the party’s decision”, Fayemi said.

WHY ARE YORUBA OBAS FORBIDDEN FROM LOOKING AT THE INNER PART OF THEIR ROYAL CROWNS?
﻿KAROUNWI IS NOW THE SOUTH WEST ZONAL PUBLICITY SECRETARY OF THE ALL PROGRESSIVES CONGRESS, APC