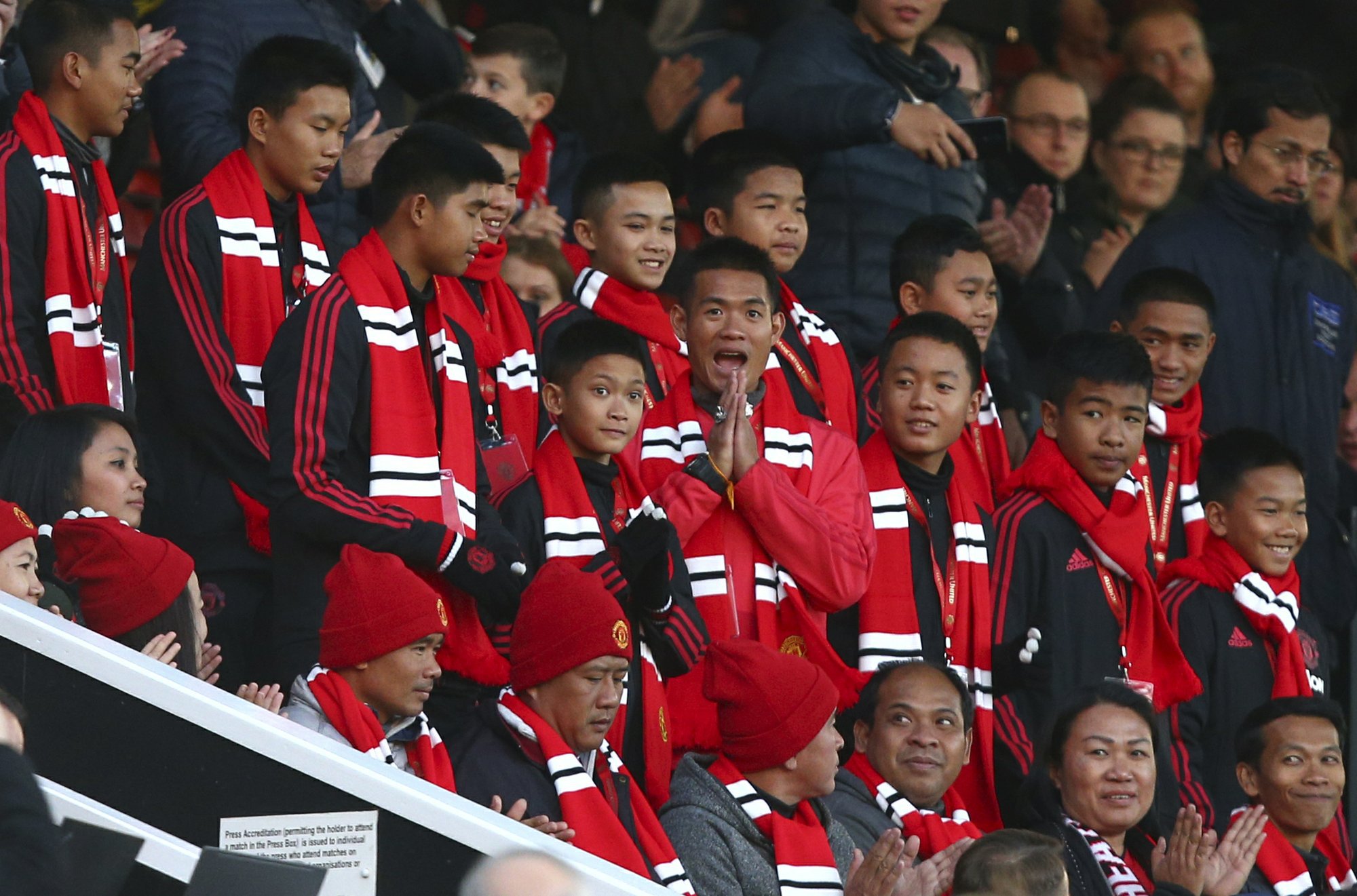 The 12 Thai cave boys who were trapped with their soccer coach in a flooded cave in northern Thailand for almost three weeks were guests at Old Trafford for Manchester United’s home match against Everton in the Premier League on Sunday.

Wearing red-and-white United scarves and with a look of excitement on their faces, Thai cave rescued boys from the Wild Boars team took their seats in the directors’ box for the game.

The boys’ ordeal came to a happy ending in early July when an international team of cave divers brought them out in a complicated rescue mission.