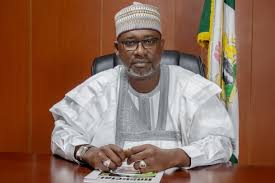 The Minister of Water Resources, Alhaji Suleiman Adamu, has urged state governments to invest massively on water supply infrastructure to support the efforts to treat and transmit water to the cities.

Adamu gave the advice in Abuja.

“There is still need for large capital investment to set up new scheme to rehabilitate old scheme and upgrade them so that it can be functional.

“Our main role as Federal Government is to provide board cut which we have been building many dams.

“Even before then I know that there are quite a number of dam that we build that are still laying fallow for the state to now build water treatment facility and transmit to the city that is not being done,” he said.

According to the minister, ordinarily and constitutionally, the Federal Government has nothing to do with actual provision of water supply to the tap.

“This is the responsibility of state governments and local governments.

“But over the years, state governments have failed to make necessary investments commensurate with our population growth and technology and there is no capacity building in water agencies.

“I keep saying and ask that is there anybody who knows any Federal water board anywhere; it does not exist.

“The only water board owned by the Federal Government is the FCT water Board, that is under the FCT administration,” the minister said.

According to him, the Federal Ministry of Water Resources does not have water board. So, this failure to invest is a major cause.

“There is no state or city in this country that can boast of 100 per cent piped borehole water supply, none.

“Some certain areas have access; probably Abuja has the best but even Abuja there is need for more investment because a lot of areas are not covered.

“Although infrastructure for producing the water such as treatment plant is available in Usuma Dam augmenting water from Gurara Dam, the fact is that in other cities, this is not available,” he said.

Adamu said that one of the few states that were making serious efforts were Lagos and Kano states and to some extent, Kaduna State.

“There is an estimate that about 40 or 50 per cent of the water that is produced is lost because there is no revenue recovered from it.
“Besides that, a lot of people see water as God-given gift and they don’t feel that they have to pay.

“It always amazes me when people rush to recharge their phones when their monies finish, but this basic resource that is key to life people take it for granted,” he said.

The minister said that the ministry was working assiduously to motivate state governments to key into water supply infrastructure development.