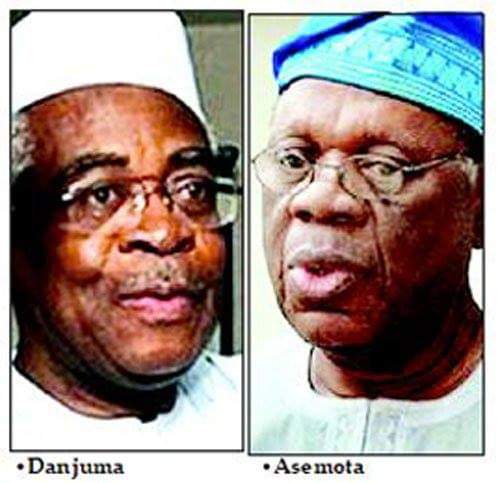 What kind of elders? – In Touch. By Sam Omatseye

When British philosopher David Hume asserted that the “corruption of the best produces the worst,” he was telling us how religion can corrode the soul. He may have written those lines centuries back. They however point inquisitorial fingers at an impostor Christian assemblage that goes by the name National Christian Elders Forum.

This is a body I should ignore, except that they claim two important fidelities. One, they say they are Christian, which might even get a pass into insignificance since we have too many such groups around. To claim to be Christian does not necessarily grant anyone immunity against the working of the devil, according to scriptures. Many will say I am Lord the Christ, said the Lord. But this group is a band of elders.

If, on the surface, you look at the members, you will grant them their right to age. Theophilus Danjuma, for instance, is no doubt an old man. With his grey hair and his slow, if majestic walk, we cannot doubt that his is. Ditto Zamani Lekwot, Ezeife and a few others who are in their hoary years.

What irks is the combination of Christian and elders, and that is the imperious audacity of that assemblage. In a sense, they are making themselves into the aristocracy of the faith. If they remained there, it would be acceptable, if not right. They are, after all, entitled to their own grandiosity and pious delusions.

But when they want to impose their worldviews on the rest of us, especially on the political front, they will have to be held to account. They did that recently when the Christian Association of Nigeria paid a visit to President Muhammadu Buhari to congratulate him on his victory in the election.

They said through its chairman, Solomon Asemota, that the visit was an endorsement. They said it was premature and that the visit did not take cognisance of Atiku’s objection to the polls result that he is now challenging in the court of law.

These impostor elders of the Christian faith baffle those who know the scriptures and one or two things about the rule of law and how they cohabit. But more especially if you know that the NCEF is a political group masking as elders of the vineyard.

If the group says congratulations to the president, what is wrong with that? This writer has never been a fan of CAN, and it has over the few years served as a toady of power. But that is beside the point here. It has the right to congratulate anyone after an election. It is showing its loyalty to law. I don’t accept that you have to bow to any form of constituted authority as some Pentecostals and other faithful say when they interpret Paul in scripture. You only obey when they don’t contradict the will of God. We rather obey God than man, said Paul who, along with his fellow apostles, set their faces against the powers of the day and died doing it.

According to Asemota, we ought to wait for the courts before doing that. This is hypocrisy. They should have been more subtle if they wanted to hide their love for Atiku and the PDP. They could not.

Rather than leave the matter at the mere congratulations, they unveiled their rage at Buhari and that he has been complicit in the killing of Christians in the north. This shows two things. One, that they were against the congratulations because he was not their preferred choice at the polls. They have the right to their democratic choices. But they should not be hypocrites about it. They should have said they were against Buhari. They cannot say they are for the rule of law by cherry-picking the law and institution in the land. If you are for the rule of law, they should accept INEC’s result while awaiting the determination of the court case.

That means they have to follow due process. In their own case, they want to dictate what process is due and when. If they are against the handling of the killings in the north, that is a different matter and it belonged to a different press statement. This author decries the incompetence with which the Buhari government has handled security in the country. These days it is even worse, as though he has no idea the nation is bowing ever so tragically to slaughter and dark forces.

He, a general who should lead the way, is reflecting a supine incapacity to secure lives. But that should be different from merely bringing politics into the matter, especially of the partisan type. Men like Danjuma now at a latter day are trying to show that they are against northern domination, or Fulani domination. Did he not make his career in the military by pitching his tent with those he now sees as northern hegemons?

Danjuma was the man who led soldiers to the western region to put Ironsi to death. Fajuyi said it should not happen. Danjuma and his men should execute him if his host was not spared, he prayed. But Danjuma was the master of the ceremony of the slaughter that dreary dawn. One Hebron Tuti, who denied recently as a general, fired the shot that fell Fajuyi. Both men went, and that day Danjuma, in what was known as the counter-coup, anointed himself as perhaps the most frontal ambassador of the northern hegemon.

Now he has started crying. He says his people should fight and defend themselves. When he was on the frontline his people seemed immune because their streets were tame with peace. Now, he is turning to wisdom on a latter day. He needs to retrace his erring past, his past of servile soldiery. Is he now in the league of Cardinal Woolsey, who served his king but forgot his God? He was the cardinal in those days of turbulent monarchy in England under the cunning Henry the Eighth, Anne Boleyn, Thomas Cromwell, et al. He said, “If I had served my God as diligently as I have served my king, he would not have abandoned me in my old age.”

Now, Danjuma, in his old and grizzly years, is now a defender of justice. And what a way to do it. Asemota, who is a SAN, could not even see the barefaced contradiction of his statement. If he wanted justice, he should have known that you don’t merge two contradictory pleas in one. You cannot choose what law to obey. That in itself is a plea to anarchy.

Paul said elders should not provoke the young. I wonder if the elders know that part of their scripture. But Danjuma and company of renegade elders should pay attention to the words of British writer and novelist that, “There is no such thing as old age; there’s only sorrow.”

While our Bukola “Eleyinmi” Saraki is still locked in an existential battle in the Senate to reincarnate his sort of coup of 2015, at home he has no real legacy. It only shows why Otoge became Otope for the people of Kwara State. In a recent visit to the place, my first in about 30 years, I saw no legacy of significance that he and his father bequeathed.

Whether it was major roads, schools, the stadium, the Government House and the Government Reserved Area and Kwara Hotels, even the airport, they all were products of the military. They were legacies of George Innih and David Bamgboye. The one thing I saw was the Kwara State University but he had an ego to sate by that: his own. He wanted to name it after himself, but he was resisted. So he did not want to do it for the people but himself. He wanted a landmark he did not desrve.

This is unlike what Governor Kayode Fayemi did for men of substance in Ekiti State by naming schools after them. One of them was Chief Deji Fasuan, a man who helped build the Western Region, a thinker and technocrat of the first order that is hard to see in these days of easy money and delinquent thinking. Congratulations to Chief Fasuan, thanks to Fayemi.

Who does not like a comeback story?
Chief Olusegun Obasanjo’s Last Minute Deals in Office. TheNEWS 18 June 2007 edition