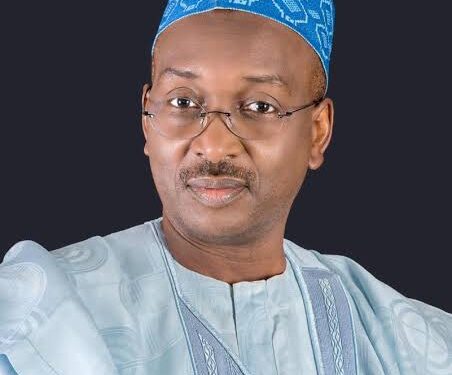 Lukman made the assertion in a statement on Sunday in Abuja while speaking on the county’s democracy and the political class.

He said: “The absence of competition in Nigerian democracy, especially in our political parties is responsible for so many unpredictable political circumstances and is making political leader both unsure and insecure.

“This has basically reduced Nigerian politics to a game of conquest.

“A major attribute is that political leaders are conquerors, while party members and ordinary citizens are the would-be conquered.”

Lukman said in the All Progressives Congress, political power was being highly contested.

He said this was because since the emergence of APC, apart from the personality of President Muhammadu Buhari, no leader could be sure of emerging as a candidate of the party for any election.

He added: “In the case of President Buhari, he has such a personal blessing that made him to attract at least 12 million votes in all the elections he contested since 2003.

“No leaders, whether in APC or out of APC can claim to be in control of five million votes.

“The fact that President Buhari is serving his last term, requires some strategic succession arrangement within the APC, especially in order to guarantee the retention of all the electoral advantages.”

Lukman said with the President clearly out of the race for the position of presidential candidate of APC in 2023, there was a potential for a big internal contest in the APC.

He said the question was whether any of the power blocks within the party would take step to block internal contest and therefore emerge as the conqueror.

He said the issue would be whether the APC leadership would allow the process of democratisation to ensure that leadership emergence both within the party and at wider political levels were determined based on the choices of party members and citizens.

Lukman said most of the public speculations around internal dynamics in APC today was basically informed by some strategic political expectations and leadership permutations.

He said unfortunately, a lot of these permutations seemed to be oriented based on an approach that sought to strengthen the capacity of some leaders within APC to conquer the structures of the party, when its members and leaders demanded that issues of membership register of the party were resolved.

He said the move was however being interpreted to mean that some leaders of APC want to take over the party to promote their political ambition for 2023.

According to him, there is no short cut to democratisation, and internal contests for leadership based on transparent process are irreducible minimum.

Lukman said that such contestations were at best marginal in other political parties, including the Peoples Democratic Party.

He said: “This means that while in other parties established leaders have conquered all semblances of democratic openings for any possible exercise of power by ordinary party members in APC, no leader can impose himself or herself as the conqueror.

“This without doubt, comes with lots of challenges, which include the question of how the absence of a conqueror in APC will guarantee democratic contest.’’

Lukman said issues of discipline and leadership as well as membership orientation needed to be taken seriously in political parties.

“This will require a code of conduct, which should serve as a bye-law to facilitate internal democratic contest within the party, spelling out dos and don’ts.”

He stressed that absence of democracy within political parties had not only blocked open leadership contests, but was criminalising political aspirations.

He said: “Most of the needless court cases within our parties, including the APC, are initiated based on the anger that open and transparent leadership contest are blocked.

“A simple legal audit of all legal cases by party members and leaders against their parties will show that the objective is mainly to negotiate leadership positions.

“Even the recent suite instituted by Mr Hilliard Eta, former APC National Vice Chairman, South-South, against the APC Caretaker Committee is basically aimed to negotiate the return of Eta to the leadership of the APC.”

Lukman stressed that those who blocked internal party leadership contests in every way, including resorting to judicial processes, could only undermine the process of democratisation.