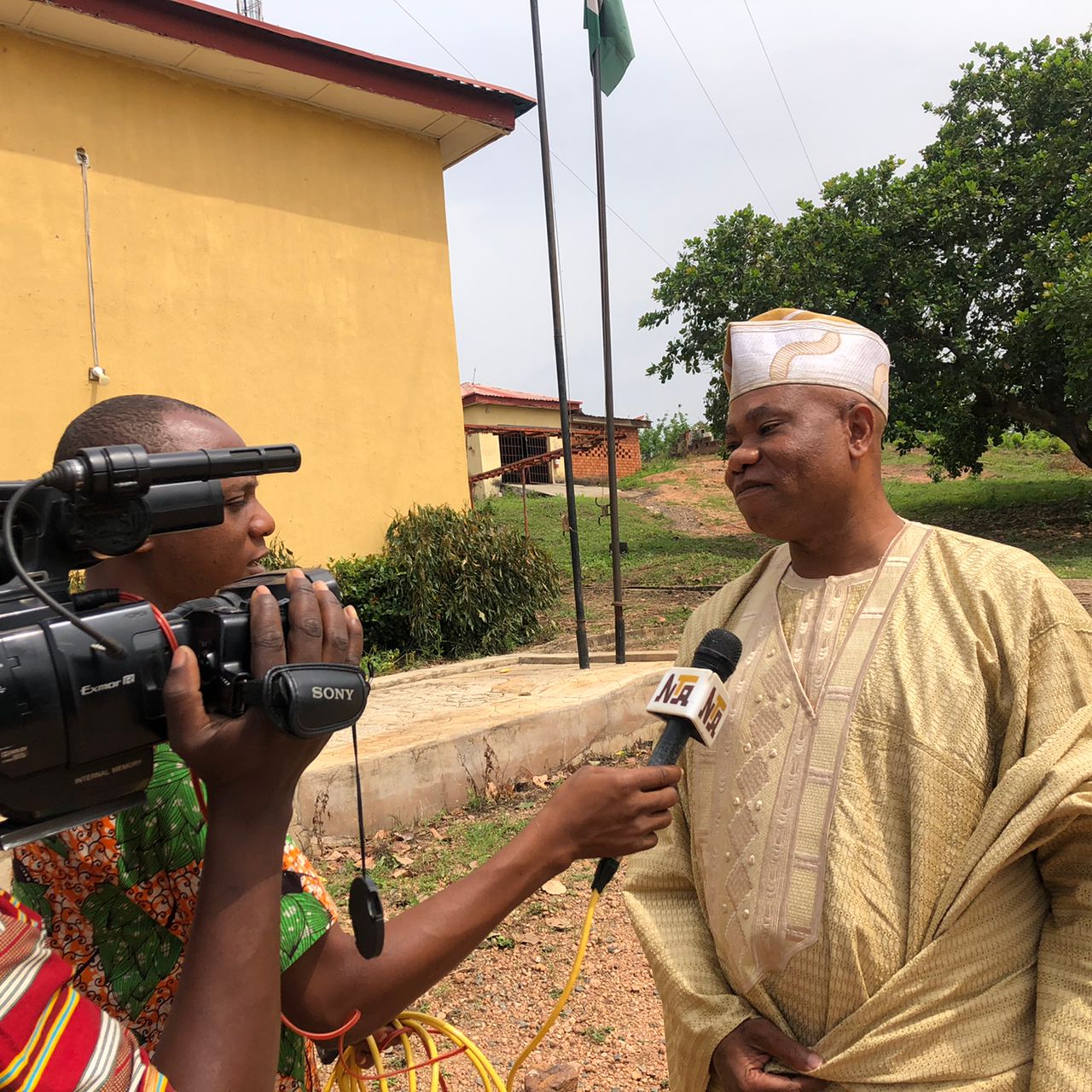 A medical Practitioner and former Commissioner for Health in Ekiti State, Dr. Femi Thomas, has explained that his quest to bring his wealth of experience to improve the wellbeing of Ekiti citizens propelled him to show interest in the 2023 Senatorial race.

The All Progressives Congress chieftain and former Executive Secretary, National Health Insurance Scheme(NHIS), lamented the frightening level of voter apathy in Ekiti in previous elections , urging the electorate to change the trend in the June 18 governorship election by collecting their Permanent Voter Cards and withstand the rigour to vote on election day.

The APC chieftain said this while appearing on a programme tagged ‘Weekend Diary’ beamed on NTA Channel 5, Ado Ekiti on Saturday.

Dr. Thomas, who appeared alongside with an academic, Dr Chinedu Joseph, said he decided to gun for the Senate to make remarkable difference in the lives of Ekiti people and bring his experience from.the medical, academic and adminstrative worlds to make a huge impact in governance .

He said: “Since I started politics in 2007, I have been here in Ekiti. I am gunning for the Senate in 2023 to make remarkable impact in the lives of our people that I hold so dearly.

“The Senate is an important organ of government that should be for the people of knowledge. I have been a politician, academician, medical practitioner and rose to the top in the civil service as executive secretary of NHIS. I want to bring these experiences to bear in the lives of our citizens”.

On the 2022 governorship poll, the former Commissioner, described Ekiti people as one of the most politically sophisticated individuals in the country, having grown over the years, saying the election would have to be done in the most credible way for the people to accept the outcome.

On the voter registration, Thomas regretted that the people are still expressing laxity to the collection of their PVCs, saying Ekiti has not got to that encouraging height where willingly vote without prompting, which he said could cause voter apathy if not rectified.

“Despite this, I still expect that the entry of some political juggernauts and new faces into Ekiti politics would automatically make more people to either transfer their voting points to Ekiti or come out to register or collect their PVCs.

Dr Thomas tasked the academia to research into why voter apathy is still high in the country and come up with scientific ways of remedying the dangerous trend.

The former executive secretary added that Ekiti people have no reason not to participate in the electoral system, bearing in mind the level of democracy dividends being provided by Governor Kayode Fayemi for Ekiti populace.

“Right from the days of Chief Obafemi Awolowo, Ekiti had been getting dividends of democracy. Though,military brought a setback, but we have got somewhere.

“Today, I left Ikoro Ekiti thinking that I will spend over an hour to Ado Ekiti, but I ended up spending 45 minutes because the new Ado-Iyin dual carriage way built by Governor Fayemi had shortened the way. This is one dividend, though we might not be where we are supposed to be, but we are progressing”.

Dr. Thomas appealed to political parties to always field candidates that have the environmental and social knowledge of their people for political positions, so that they can be on the same page with the people being led.

He said the dreaded wage of youth restiveness and political hooliganism in the country could only be tackled if youths are gainfully engaged and get handsome rewards for their labour.

“We should also reform our educational curriculum and reinject Civic Education like we did in our days . We were thought through Civic how to respect our parents and teachers and elderly people and that was why we were practically worshipping our parents like God during those days, but the trend has changed. We must go back to the basics”.

The medical.practitiber also appealed to policy makers to always find a way to wean the youths of gangsterism and hooliganism that often disrupt governance and the society, by ways of killing, kidnapping, drug abuse , rape, insurgency and other nefarious activities. .