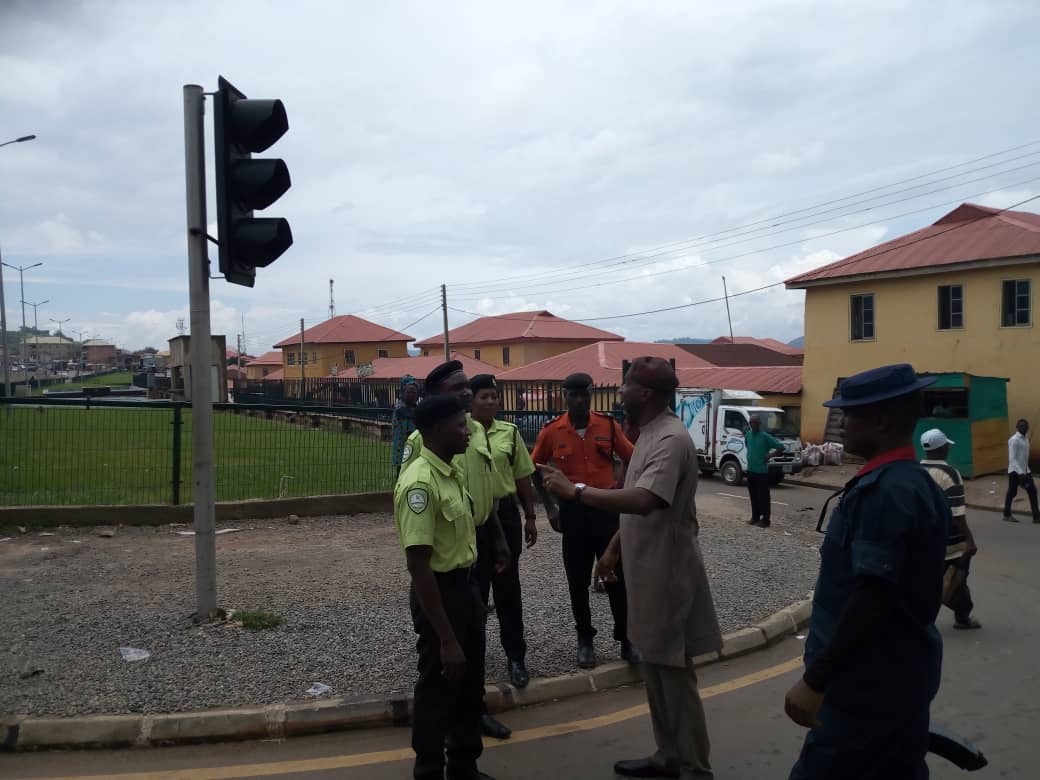 Earlier today at the Okesa Police Station Traffic Light spot, Aare Muyiwa Olumiluwa, the Honourable Commissioner for Information, Tourism and Values Orientation, acted on Public Interest to curb foreseeable accidents as there have been cases of accidents, near accidents (vehicular and human collision) at that junction as a result of the malfunctioning Traffic Lights box.

Though no fault of the traffic enforcement officers on duty that the traffic light box had malfunctioned, their inactions had to be challenged by the Honourable Commissioner as it appeared the Police Traffic Officers (Yellow Fever) and Ekiti State Transport Management Agency EKSTMA (DAGRIN) on duty at the spot were adopting more of a retributive rather than correctional approach to curtail the excesses of motorists on the road.

The Honorable Commissioner ultimately put the traffic officers on watch, as he exemplified that the administration of Dr. John Kayode Fayemi will not tolerate any lacklustre display from any quarters to official responsibility.

‘To Fight Corruption, You Must Have ‘Equity’ Mindset – Mitchell Elegbe
EKSIEC cautions on political paraphernalia display