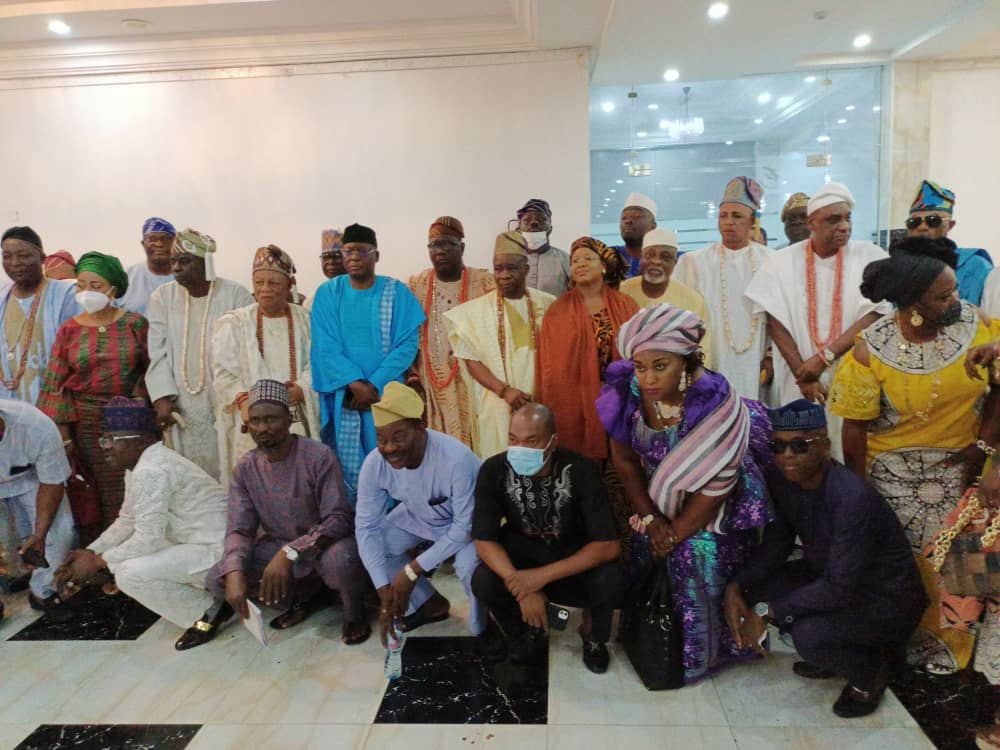 As part of their wide consultations embarked upon earlier, the team of former members of the National Assembly and notable grassroots politicians responsible for the clamor and pressure on Asiwaju Bola Ahmed Tinubu to throw his hat into the ring to contest for 2023 presidency on Sunday met with traditional rulers in Badagry division of Lagos State

Sen. Dayo Adeyeye, who led SWAGA’23 urged the traditional rulers to prevail on their son, Tinubu, to contest 2023 presidential election.

Adeyeye acknowledged the fact that the traditional rulers in Lagos were already converted hearts to the general wish of the people.

He urged the royal fathers to prevail on their son Asiwaju Tinubu to contest for the presidency in the 2023 election, describing the former Lagos State Governor as a capable hand to move the country forward.

In his speech, the Onijanikin of Ijanikin kingdom, Oba Momodu Afolabi said traditional rulers in Lagos would be partners in progress in this assignment.

“We the league of traditional rulers would also be involved financially if need be.

“Lagos Obas are ready to support Asiwa Bola Ahmed Tinubu in this direction,” he said.