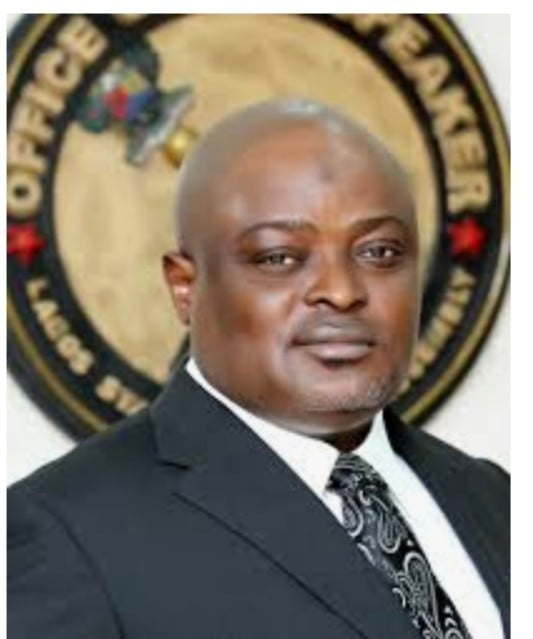 Amid sundry allegations of financial misappropriation, impeachment proceedings may be initiated against the Speaker of Lagos State House of Assembly, Hon. Mudashiru Obasa any moment from now.

Findings also reveal that 26 members of the assembly have consented to the plot to impeach Obasa following allegations of wrongdoing levelled against him by civil society organisations (CSOs) in different petitions.

Different sources confirmed the plot to impeach the speaker last night, noting that Obasa no longer has the moral right to provide leadership for the assembly with corruption allegations hanging on him.

One of the sources, who spoke privately with us yesterday, disclosed that anti-Obasa lawmakers had already collected 26 signatures ahead of the impeachment proceedings, which according to him, might be initiated.
The source disclosed that nearly all lawmakers “want Obasa to step aside and clear his name. We all agree that Obasa has not been convicted. But with diverse allegations brought against him, Obasa can no longer lead the assembly.”

Another source confirmed that the speaker no longer “has the moral right to lead the assembly because of corruption allegations against him. The coming days will witness a change in the leadership of the state assembly.”
Obasa had been battling a series of corruption allegations recently with anti-graft advocacy groups calling the Economic and Financial Crimes Commission (EFCC) to charge the speaker with financial misappropriation.

On Thursday, the EFCC interrogated the speaker over allegations of fraud and financial misappropriation. The spokesperson to EFCC, Mr. Wilson Uwujaren, confirmed Obasa’s interrogation and investigation.

Consequently, a federal high court in Lagos had granted the EFCC temporary forfeiture of funds linked to the speaker. The EFCC, in a motion dated August 12 and marked FHC/L/CS/1069/2020, had asked the court to issue an order for the funds in three bank accounts to be forfeited in the interim.

According to the anti-graft commission, the three bank accounts are “being investigated for the offences of conspiracy, diversion of funds, abuse of office and money laundering”.
All three accounts which carried the name of the defendant are domiciled in Standard Chartered Bank. While one of the accounts (001852963) is a domiciliary account, the other two (001852956 and 5002349821) are naira current and savings accounts respectively.

Media reports had months ago alleged that Obasa owned more than 60 bank accounts, through which he misused public funds. He was also accused of awarding contracts to himself using different companies as fronts.
The speaker, however, denied any wrongdoing.

In June, the assembly set up a nine-member panel to look into allegations brought against him. In its report, the panel exonerated the speaker, claiming that Obasa did no wrong and cleared him. The committee was headed by Victor Akande, the representative of Ojo Constituency.

Speaking before the panel, Obasa described the allegations against him as “unfounded.” Obasa said his approval limit as the speaker of the House was N100 million.
The speaker has not been. charged with any offence. Under the law, Obasa is presumed innocent until his guilt is proved beyond reasonable doubt in a court of competent jurisdiction.