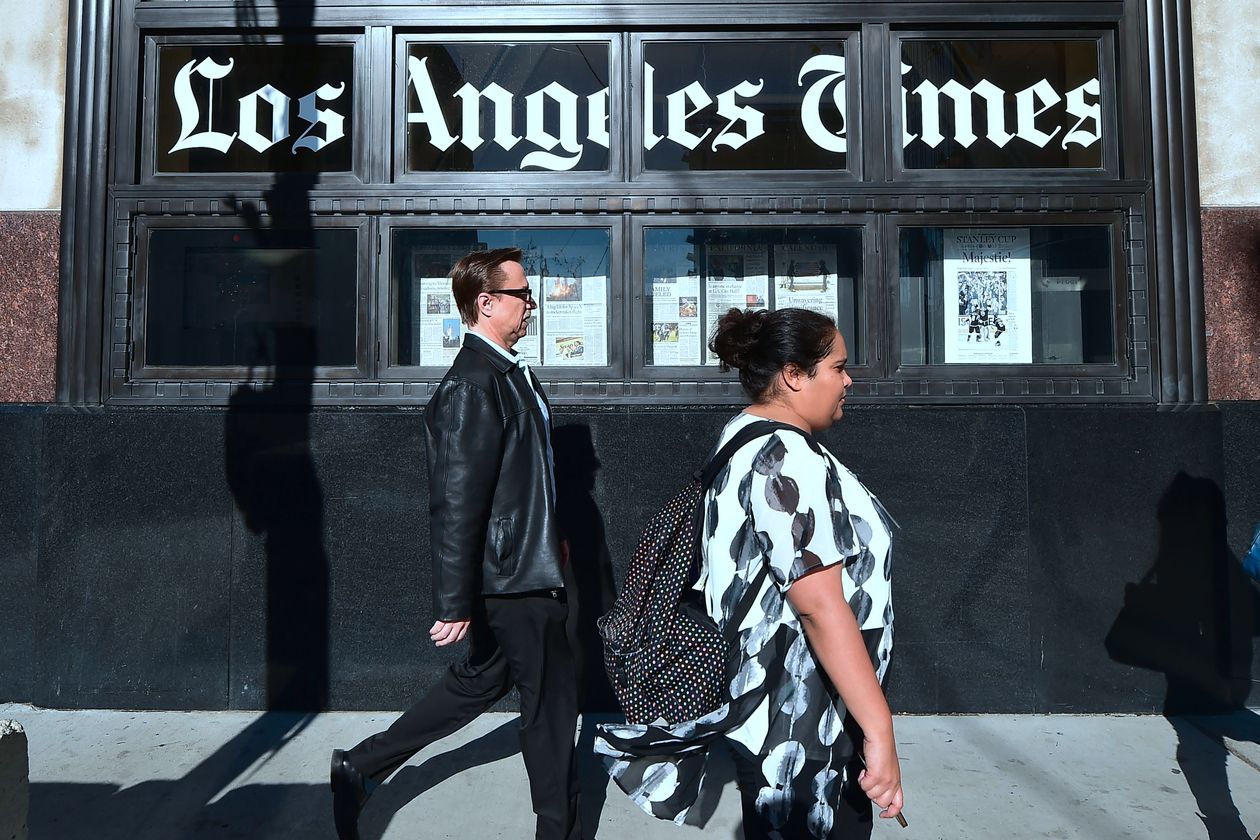 Billionaire biotech investor Patrick Soon-Shiong is exploring a sale of the Los Angeles Times less than three years after buying it for $500 million, people familiar with the matter said.

The move marks an abrupt about-face for Mr. Soon-Shiong, who had vowed to restore stability to the West Coast news institution and has invested hundreds of millions of dollars into the paper in an effort to turn it around.

When Mr. Soon-Shiong acquired the Times, the San Diego Union-Tribune and a handful of weeklies from Tribune Publishing Co. TPCO -0.06% , then called Tronc Inc., in 2018, it was met with great fanfare from staff and media watchers after years of turmoil and downsizing at the publications. At the time, he said that the sale represented the beginning of a new era and that he intended to do what it took to make the business viable for the next 100 years.

WSJ Newsletter
Notes on the News
The news of the week in context, with Tyler Blint-Welsh.
He has since grown dissatisfied with the news organization’s slow expansion of its digital audience and its substantial losses, the people said. He also has increasingly come to believe that the Los Angeles Times and San Diego Union-Tribune—together known as the California Times company—would be better served if they were part of a larger media group, they said.

Mr. Soon-Shiong has been heavily focused on efforts by his immunotherapy company to develop a Covid-19 vaccine and has had little time to devote to the Times, people familiar with the matter said. “Covid really brought him back to the lab,” said one of the people.

Patrick Soon-Shiong bought the Los Angeles Times in 2018.
Photo: David Paul Morris/Bloomberg News
The options being considered include an outright sale of the entire company, bringing in an additional investor or transferring management of the properties to another media group, people familiar with the matter said. Mr. Soon-Shiong has also considered selling or transferring management of the San Diego publication to another company, possibly Alden Global Capital Inc.’s MediaNews Group, which owns several papers in the areas between the two cities.

A spokesman for Alden didn’t immediately respond to a request for comment.

Earlier this week, Alden reached an agreement to acquire the remaining stake in Tribune Publishing it doesn’t already own. That deal still requires shareholder approval, including that of Mr. Soon-Shiong, who owns about 25% of the company.