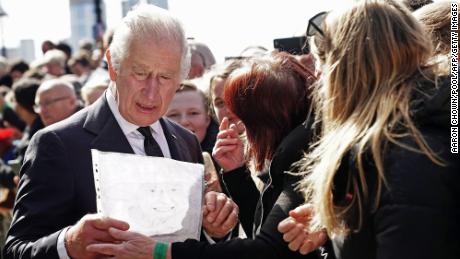 The death of Queen Elizabeth II marked the end of an era for the monarchy in more ways than one. She was the last senior royal from a generation that will soon seem alien to modern monarchists.

During her 70 years on the throne, Elizabeth gave only one media interview which was limited to the subject of her coronation. She never publicly stated a strong opinion on any subject that could be considered political or controversial. She avoided any kind of public intervention into how the public institutions of the UK should be run.
In fact, the most controversial political moments during Elizabeth’s reign came from the indiscretion of others.

While the letters seemed fairly innocuous — focusing on things like subsidies for farmers and, amusingly, the merits of publishing private letters such as these — the fact that the first-in-line to the throne was so happy to express political views to the prime minister alarmed those who supported the convention that the monarchy is apolitical.

Charles has also controversially supported using public money to provide homeopathy on the UK’s state-funded National Health Service. NHS England said in 2017 it would no longer fund homeopathy because of a “lack of any evidence for its effectiveness did not justify the cost.”
However unimportant knowing Charles’ views on these matters might have seemed at the time, it’s worth remembering that for the entirety of her reign we knew virtually nothing of Elizabeth’s personal views, let alone how she felt government funding should be distributed.

“The monarchy has a huge amount of indirect power in that it can influence public opinion on a matter, which is arguably more important than lobbying ministers,” says Kate Williams, a leading royal historian and professor of public engagement with history at the UK’s University of Reading.

She points to the time Elizabeth II said that Scottish voters should “think carefully about future” while leaving a church service in Scotland ahead of the referendum in 2014. “While that comment in isolation was probably aimed to be neutral, in the context of the referendum both sides could claim it was an endorsement of rejecting independence,” Williams adds.

Scathing views on the media

The seemingly incompatible mess of a monarch sharing views on such matters while remaining apolitical becomes murkier the further we generationally move from the late Queen.

The Prince and Princess of Wales were, as the Duke and Duchess of Cambridge, very public campaigners for mental health. William, who will take the throne after Charles, has spoken on the record about his own struggles with mental health, particularly following the death of his mother, Diana, Princess of Wales.

William has also used his platform to speak out against racism in football, heavily implying at a time when it was a huge controversy in the sport that he supports players taking the knee before matches, an issue that has prompted a huge backlash for many football clubs in the UK.
And the now-first in line has had a difficult relationship with the British media, particularly the BBC following revelations that one of its journalists, Martin Bashir, had used nefarious methods to secure an interview with his mother when she was extremely vulnerable following her divorce from Charles.

Right now, support for the monarchy is high. We have witnessed the outpouring of both grief for the late Elizabeth, and sympathy for the new King, taking on the role of his life while mourning his mother. But that doesn’t mean support will remain high forever.

What can the world expect from King Charles III?
Charles, in a BBC documentary filmed for his 70th birthday in 2018, promised he would not meddle in controversial affairs once he became king. Specifically asked if his campaigning would continue, he said: “No, it won’t. I’m not that stupid.”
He added: I’ve tried to make sure whatever I’ve done has been nonparty political, but I think it’s vital to remember there’s only room for one sovereign at a time, not two. So, you can’t be the same as the sovereign if you’re the Prince of Wales or the heir.”

Nonetheless, the problem facing both the King and his heir is that they can’t put these comments back in the bottle. And the fact these opinions exist will inevitably affect their relationship with the public in the years that follow, as we move further from the era of the inscrutable Elizabeth.

That said, republicanism has never been hugely popular in the UK. Even last week, during the official events, the protests were mostly limited to a small group of people, many of whom did little more than hold up pieces of paper. A disproportionate reaction from police, in which some protesters were arrested, led to some media coverage and outcries, but hasn’t moved the dial against the royals in any meaningful way.

Elizabeth was a particularly popular monarch. Most public research on the matter shows that older monarchists think her relative silence, in comparison to her successors, was dignified and preserved the integrity of the Crown.

Many of these traditional supporters, however, have historically been skeptical of Charles and would prefer he followed in his mother’s footsteps.

Conversely, the late Queen was popular with younger monarchists in spite of her silence. It’s hard to identify precisely why, but it’s plausibly just a by-product of Elizabeth having always been on the throne and younger people knowing no different.

However, what is also clear is that younger monarchists approve the royal family speaking out on issues that would previously have been considered too controversial for the Queen.

“It is entirely possible that the generation who thinks the Royals should maintain a stiff upper lip and not talk about issues like women’s rights and mental health will die out,” says Joe Twyman, director of the political research organization Deltapoll.

“To people from a certain generation, the idea of bowing to your grandmother every time you see her just because she’s the Queen seems insane,” he added, in reference to the row following Meghan Markle’s interview with Oprah Winfrey last year in which she described how surreal she found royal life at times.

This conflict in the precise role of the monarch is important because the institution lives or dies by whether the public thinks it’s worth it or not.

As King Charles III takes the throne, big changes lie ahead for the royal family
It’s likely there will always be traditional monarchists who will defend its every action providing it doesn’t evolve or modernize. They tend to be the most ardent in support.

However, this group will probably become a minority before William takes the throne. If Charles lives to 99, as his father did, William will not become King till 2048. No credible social scientist could confidently tell you what public attitudes towards anything will be by then, be it the royal family, climate change, or racial equality.

The fact that the King and his heir have already said things on all these issues will dramatically undermine their ability to remain neutral on any such issues being raised in the future, something which, however serious the matter, is expected of the Sovereign.

The fact is their perceived opinions on any of these issues, even if based on past comments, will continue to affect public opinions and therefore policy. If William’s dim view of the BBC leads to more Brits thinking public funding should be pulled in years to come, how will politicians respond to that pressure?

The monarchy has not had to address these issues for some time because, as long as Elizabeth was on the throne, the public view of the family and its role was largely stable.

That era is truly over. Now, Charles and William must navigate less certain times, balancing old and new views of who they are against the pressure of being an apolitical head of state. And, unlike Elizabeth, they will do so knowing that the popularity on which they rely will be less guaranteed than it was at any point in the longest-serving monarch’s 70-year reign.

Putin can call up all the troops he wants, but Russia can’t train or support them
My mom is pregnant with my boyfriend’s baby — it’s the ultimate betrayal