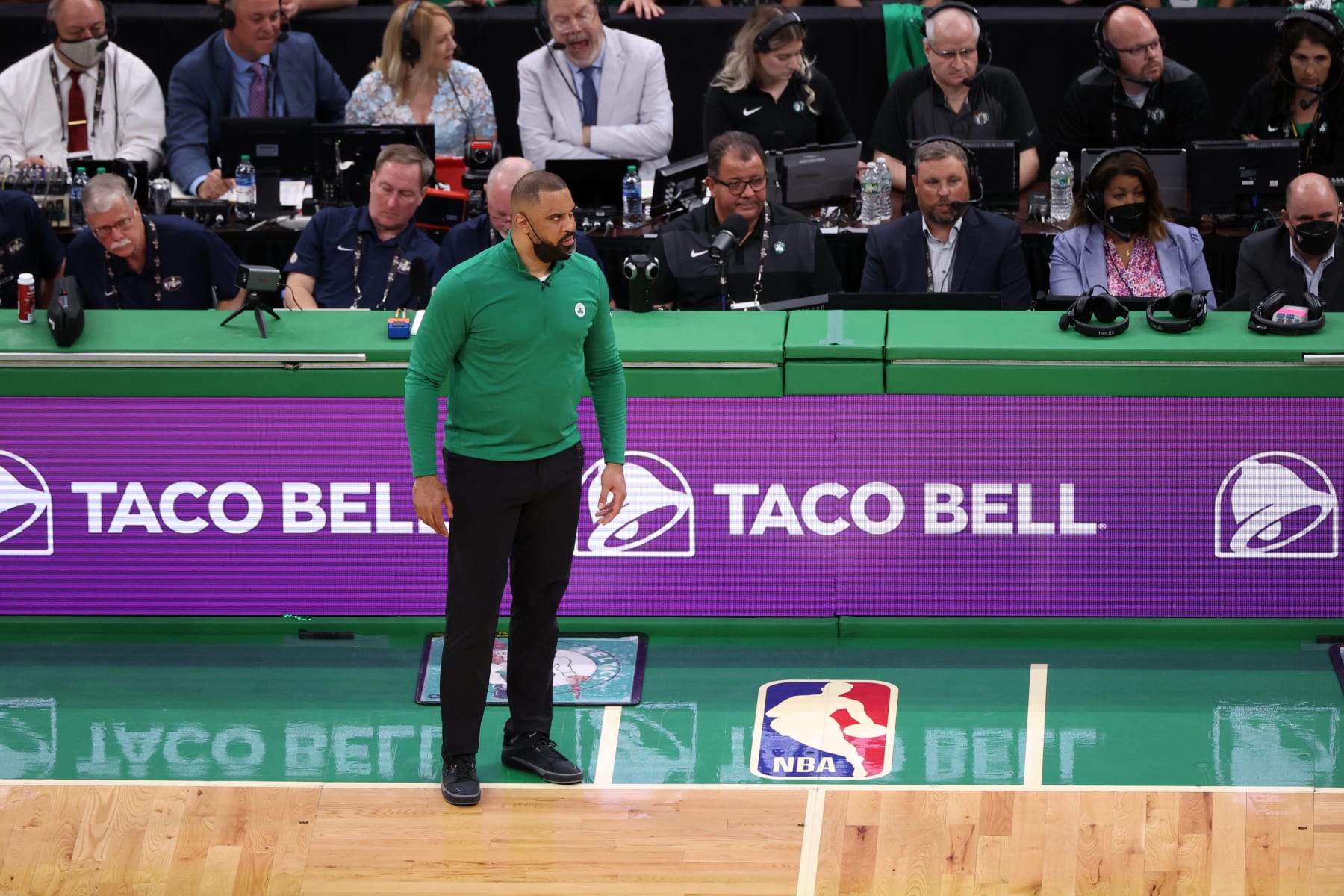 The Boston Celtics announced that they have suspended head coach Ime Udoka for the entire 2022-23 season for “violations of team policies.” A decision regarding his future with the team past this season will be made at a later date.

“I want to apologize to our players, fans, the entire Celtics organization, and my family for letting them down,” Udoka said in a statement. “I am sorry for putting the team in this difficult situation, and I accept the team’s decision. Out of respect for everyone involved, I will have no further comment.”

Joe Mazzulla, who has been an assistant with the Celtics since 2019, will be an interim head coach this season, per ESPN’s Adrian Wojnarowski.

On Wednesday evening, Wojnarowski reported Udoka was potentially in line for a significant suspension following an alleged violation of organizational guidelines:

Later that night, Shams Charania of The Athletic and Stadium reported Udoka allegedly had a consensual relationship with a female Celtics staff member:

According to Turner Sports’ Chris Haynes, Udoka has no plans to resign from his position. That said, Wojnarowski said Thursday there’s no guarantee Udoka will be back with the franchise after the 2022-23 season.

Udoka was part of a big shake-up in the Celtics’ leadership structure during the 2021 offseason. Former President of Basketball Operations Danny Ainge and the Celtics parted ways, and Brad Stevens was elevated from head coach to the lead front-office role.

The Celtics then hired Udoka, who served as an assistant for the San Antonio Spurs, Philadelphia 76ers and Brooklyn Nets between 2012 and 2021, as their new head coach.

Boston ended its first season under Udoka as the Eastern Conference champion. The Celtics started the year 25-25 but finished 26-6 en route to the No. 2 seed in the East playoffs. Boston swept the Brooklyn Nets in the first round before grinding out seven-game series wins over the Milwaukee Bucks and Miami Heat. The C’s took a 2-1 NBA Finals lead over the Golden State Warriors but dropped three straight to end the season.

Still, prospects remained high for the 2022-23 campaign given that all the key players who got them to the NBA Finals were returning, such as Jayson Tatum, Jaylen Brown and Marcus Smart. The addition of Malcolm Brogdon and Danilo Gallinari brought further hope that Boston could win its first NBA title in 15 years.

However, the preseason has been a disaster for Boston. Gallinari is out for the year now with a torn ACL, and budding star center Robert Williams III will be out four to six weeks after undergoing an arthroscopic procedure on his left knee.

Now, Udoka has been suspended for the entire season. Mazzulla will inherit a team considered to be one of the NBA’s top title contenders. The 34-year-old already has head coaching experience thanks to a pair of seasons leading Division II Fairmount State to a 43-17 record and an NCAA tournament berth in his second year.

Mazzulla also played collegiately at West Virginia from 2006 to 2011 and helped lead the Mountaineers to the 2010 Final Four, dropping 17 points in an Elite Eight upset win over John Wall, DeMarcus Cousins and the Kentucky Wildcats. The guard finished with 700 points and 340 assists for his career.

Educational qualification does not matter, Obi’s aide defends his poor grades
Bolanle Fadairo faces multiple charges after a Shooting/Carjacking led to the deaths of a man & his 2-year-old son in Houston Texas.