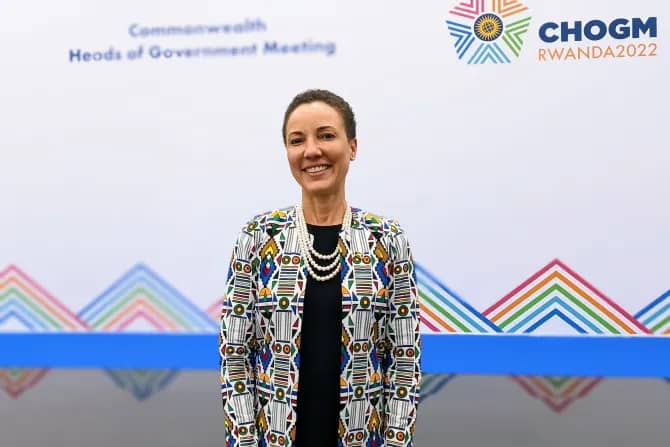 The Australia-backed challenger for the Commonwealth Secretariat top job, Jamaica’s Kamina Johnson Smith, has failed in her bid to oust Baroness Patricia Scotland from the plum London-based role.

Scotland prevailed 27 to 24 votes, according to sources.

“To continue to serve our family of nations is a true honour and a privilege and I will do so to the best of my ability,” she said.

“To seek high office is an profound act of service and I want to commend my colleagues who also sought to serve,” she said.

Johnson Smith was gracious in defeat.

“Thanking all the countries and people who supported me in this journey!” the Jamaican foreign minister said shortly after the vote.

“As I said to many of you, if I didn’t pull through, God wasn’t ready for me to leave Jamaica yet!

“Much love always, I continue to serve, and of course, sincere congratulations to Baroness Scotland,” she said, adding in the tweet the hashtag “One Love”.

Johnson Smith launched a late and shock bid to be the next Commonwealth Secretary-General, saying the incumbent, Scotland, a Labour peer, had divided the family of 54 nations.

Johnson Smith’s audacious bid, which was widely seen to have been engineered by the UK, culminated behind closed doors at Friday’s meeting of the Commonwealth Heads of Government Meeting in Kigali.

She strongly denied this.

Boris Johnson, UK Prime Minister was briefing journalists on his way over to Kigali in a bullish fashion, thanking Scotland for her service and looking forward to the new candidate’s bid.

On Friday, he said the result was a “good day for democracy”, an underpinning quality of the Commonwealth.

While her bid failed, the vote exposes a deeply divided Commonwealth under Scotland’s leadership which has been marred by questions over her financial management, personal style and accusations of playing favourites among the group of nations.

Australia, UK and New Zealand, at one stage, withdrew funding from the Commonwealth-Secretariat.

They, along with Canada and India were pushing for her removal.

The Baroness, in a last-ditch effort to save her career, had to promise that she would only seek two more years in the job instead of a full second term.

This was significant as it swayed African countries to her side.

Under convention, the Secretary-General role is rotated around the four geographical blocs that comprise the Commonwealth: the Pacific, Asia, Europe and Africa.

Scotland’s term was extended two years because of the pandemic and the inability to host this year’s summit which was originally scheduled for 2020.

A rift opened up over whether the 2022 election should constitute a new full four-year term or two more years.

Johnson Smith sought a full second term which would have delayed the Africans taking up the role two years later than scheduled prior to the pandemic.

“When the role of Secretary-General rotates to Africa two years from now, I will hand on the baton with a stronger, more effective, more powerful Commonwealth than ever before,” she told Heads of Government shortly before they voted.

Anibor Kragha was instrumental to the inaugural OPEC Africa Dialogue in June 2021.- Barkindo
UK drill music videos can now be used as evidence in court to link gang-affiliated suspects – NME