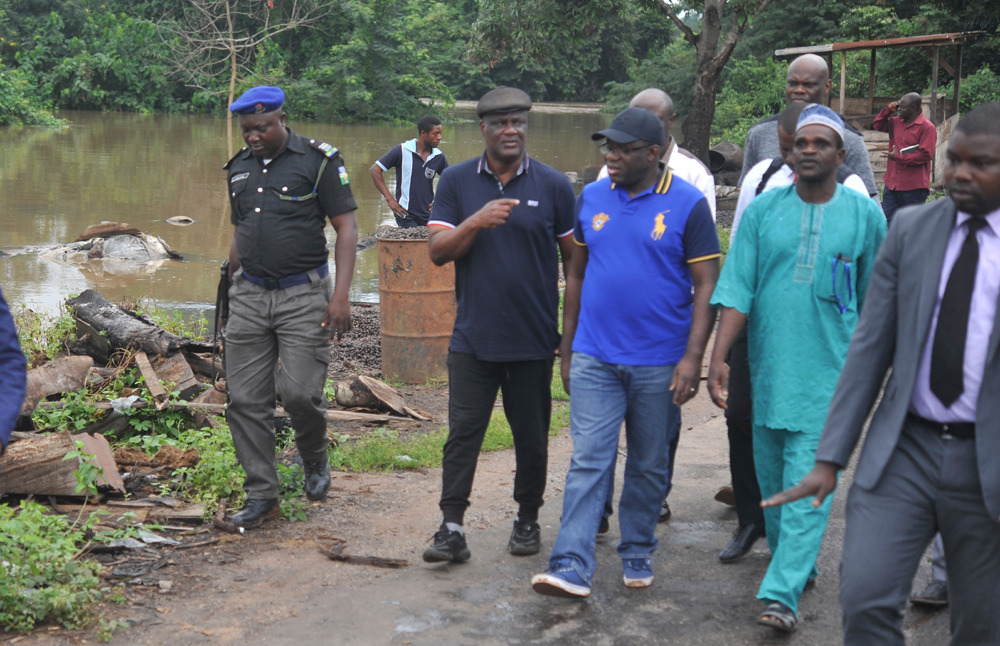 Ekiti State Governor, Dr Kayode Fayemi on Saturday disclosed that his administration has commenced dredging of major water channels in the state in a bid to prevent perennial flooding in the state.

Governor Fayemi disclosed this in a chat with journalists shortly after inspecting flooded areas in Ado-Ekiti, the state capital, Ikere-Ekiti Eporo and Ogbese.

Dr Fayemi who empathized with the victims of the heavy flooding which overran some bridges and flooded some homes and farm lands promised government’s support for the victims, adding that his government would leave no stone unturned in ensuring that perennial flooding is completed curbed in the State.

He assured that government would provide succour for those who were rendered homeless by the flood.

While warning citizens against indiscriminate disposal of waste in the drains, the governor urged them to imbibe the maintenance culture and desist from acts that are capable of endangering the society. He added that anyone caught disposing waste in the drains would face the wrath of the law.

Fayemi stated that government had desilted blocked drainages in virtually all parts of Ado Ekiti, the State capital so as to give room for free flow of water and forestall flooding, but lamented that some citizens have not stopped dropping refuse in the drains.

“This government prioritizes the welfare of citizens. We cannot fold our arms and watch people lose lives and property to flood. This was why we embarked on the de-silting of blocked drains and the dredging of blocked waterways. For us as a government, we are committed to a safe environment. Just a few days ago, I got a call that Ureje bridge along Poly road in Ado was affected by a heavy rain that fell on Tuesday, and as a responsive government, I directed the Commissioner for Environment to see what could be done to address the menace.”

“While we have filled up the areas eaten up by erosion with heavy stones to prevent the Ureje bridge from caving in, we are also considering some lasting solutions. But our people too have critical roles to play in ensuring that we have a safe environment. It is unacceptable to dump refuse in the drains. Once the drains are blocked, flooding is certain to happen. Whoever is caught dumping refuse in the drains will face the wrath of the law”, he said.

At Ogbese, the bridge had been overrun by flood and had sacked residents living close to the river bank.

The governor interfaced with members of the community said the flood was not unconnected with the lackadaisical attitude of the contractor handling the construction of Ogbese dam.
Governor Fayemi immediately went to the dam and summoned the contractor to his office on how to control water from the dam and preventing it from causing needless flood.