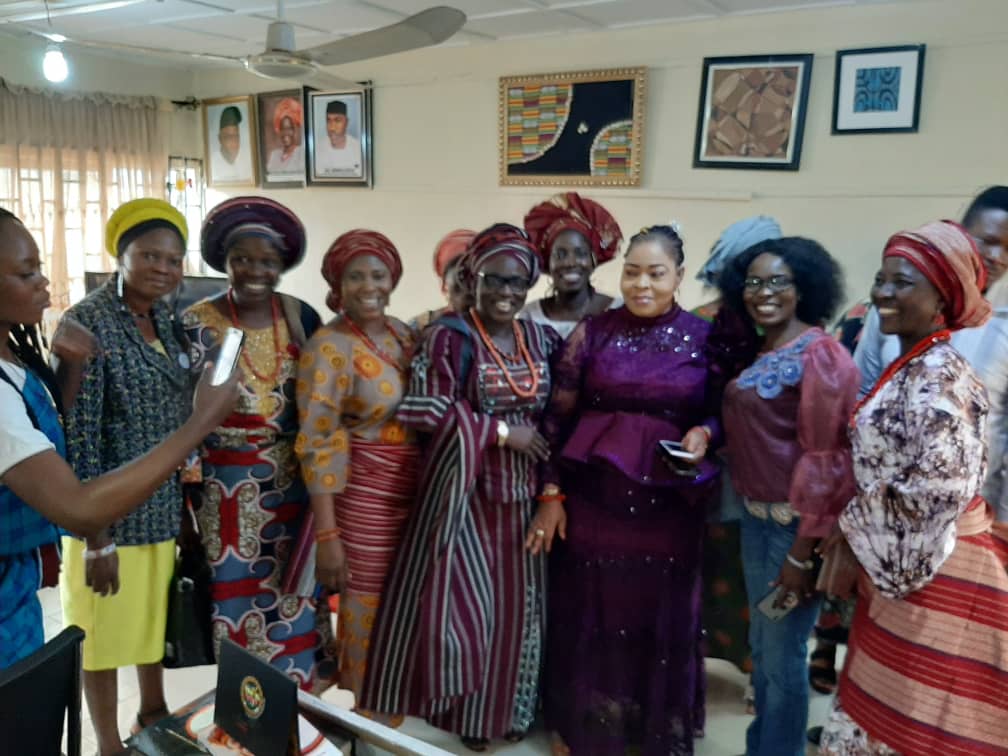 The resuscitation and enhancement of Ekiti traditional fabrics would be given priority as a way of sustaining the rich cultural heritage of Ekiti on the one hand and as a tool for providing employment for the unemployed teeming youths.
The Director General, Ekiti State Council for Arts and Culture,Ambassador Wale Ojo Lanre made this disclosure while hosting weavers of traditional fabrics popularly known as”” Aso Ofi””in his office in Ado.
Ojo Lanre in his submissions maintained that the Dr. Kayode Fayemi’s led administration was committed to hunting the various talents in arts and culture with a view to promoting such and market them to the world for economic gains.
“” We should not allow our culture to be surpressed by western civilization ,Ekiti is endowed with human and natural resources which is unique,we should not allow this to die but rather they should be identified and promoted for globalization “” he said.
In a related development, the Director General informed a foremost Nigerian artist,””Yeye Toyin Adegbola”” popularly called “” Toyin Tomato” of  the giants strides of the present administration geared towards the uplift of Ekiti arts and culture ,which the artist who claimed to have her roots in Ekiti described as laudable and worthy of emulation and promised to partner with the government in its quest to achieve the goals and realize its vision of cultural reinessance.
In his contribution,the permanent secretary of the council,Alhaji Ibrahim Ganiyu emphasized the present administration’s commitments to resuscitate and uplift the arts and cultural sectors for employment and revenue generation.
The indigenous traditional weaver,Mrs Agbaje Odunayo who demonstrated the process of weaving the attire lauded the present administration’s efforts at rejuvenating the arts and cultural sector and called on the youths particularly the unemployed to embrace the opportunity at their disposal to improve their standard of living.