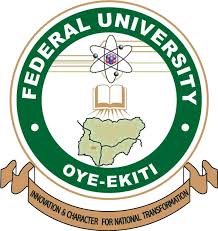 The Governing Council of Federal University, Oye Ekiti (FUOYE) has approved the promotion of Twenty Seven Staff of the University to Professorial Cadre.

This promotion of the affected staff was approved at the 22nd Meeting of the Governing Council to further motivate staff and strengthen the academic leadership of many of the Departments in the University.

The promoted staff cut across various faculties in the Institution.