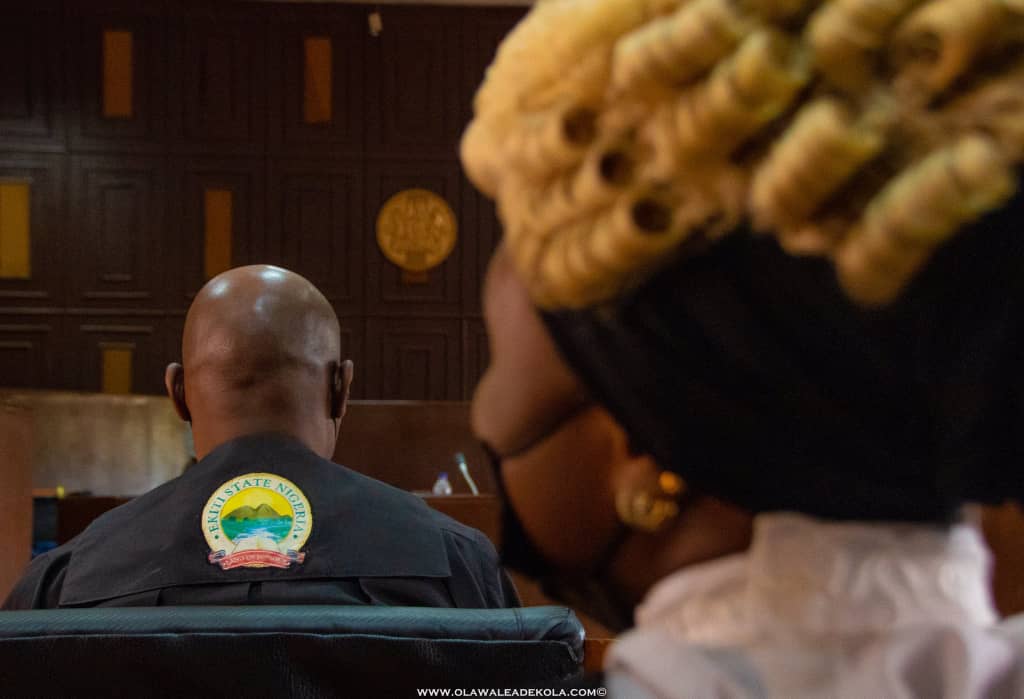 The Federal High Court sitting in Ado-Ekiti has adjourned until April 14, a suit filed by the Ekiti against the Inspector-General of Police.

The Ekiti Attorney General, Wale Fapounda, in the suit is seeking an order of the court to declare Section 127 of the Police Act and Regulations, which provides for the discharge from the Police Force female officers who become pregnant while married unofficially.

Joined as co-defendants in the suit are the Ekiti State Commissioner of Police and the Police Service Commission.

The defendant’s counsel, Femi Falade, did not oppose the aplication.

Falade told the court that he has a preliminary objection before the court, praying for an adjournment to enable him react to the reply to the state government.

The News Agency of Nigeria reports that the suit also seeks an order nullifying Section 127 of Police Act and Regulations as well as an order of perpetual injunction restraining the IGP, the Ekiti CP and the PSC from implementing the regulation.

Women gather at the Federal High court in support with the Attorney General, Ekiti State @AGWalefapohunda in a suit against the dismissal of Miss Olajide, an unmarried police woman, from the services of the Nigerian Police on grounds of getting pregnant before marriage. women Police officers who become pregnant while unmarried is currently unconstitutional.”