EKSG TO HANDOVER COMMERCIAL VENTURES TO INVESTORS
…PLANS REPOSITIONING OF DILAPIDATED AND ABANDONED PROJECTS
Ekiti State Governor, Dr Kayode Fayemi has expressed the resolve of his administration to hands off all commercial ventures of the state to professionals.
Governor Fayemi, who spoke to newsmen during the continuation of his tour of project sites and infrastructure in the state promised that his government would soon commence work on all abandoned and dilapidated projects in the state.
He lamented the sorry state of virtually all legacy projects that are supposed to be the pride of all Ekiti people adding that all the projects were in full operation before he left office four years ago.
Specifically, the Governor said Fountain Hotel would soon bounce back as his administration will soon embark on rapid rejuvenation of the facility to return its old glory and position it as a profitable venture.
He wondered why a government that claimed to be people’s government would allow projects that belong to the people to almost go to extinction within his watch.
Fayemi said, “All these things, we are going to fix, but it is important for Ekiti people to know the type of leadership that just left office in our state. Because these facility was in full operation when I was governor up to the last day I spent in office.
This facility was one of the sought after facilities for use, because it is attached to the hall that provides very good usage for public and then the 32 rroms that are here are always almost fully booked, so for me to see it in this state, I just ask myself, its not rocket science to manage public property. You really need to think of yourself, how do you manage your own property at home. At the last time I checked, governor Fayose manages his private properties very well, so it means that public properties means nothing to him, that is why he would allow this to be destroyed like this.
“We would revive it, we would rejuvenate Fountain Hotel and then let it out to professionals to manage. What this also proves is that we really need to get government out of managing commercial ventures in our state, because government would come and go, but the properties would still be here, and they are legacy properties. All of us should see them as source of pride to Ekiti people, most people who came to Ekiti about one decade ago, this is probably the only hotel they would know. But look at this place now, this is a shadow of itself, this is a ghost town”.
Fayemi said the purpose of the tour was not to witchunt or cast aspersion on anyone but to have on the spot assessment of the information he received through the ministerial briefings from the MDA’s.
According to him, “The purpose of this assessment is not even to pass blame or cast aspersion on anybody, it is to just see what the officials have told me during the briefing by MDAs. I did not want to go by what the MDAs have told me, that is why I am out to examine all these things myself and to form my own judgement about how our state has been govern and what we need to do as a people collectively to ensure that never again should we subject our state to people who neither know anything about governance nor development .
Other project sites visited by the governor in Ado-Ekiti, the state capital are Ekiti Parapo Pavilion Adunni Olayinka Civic Centre and Oja Oba. 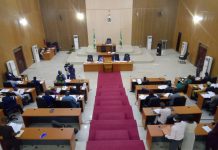 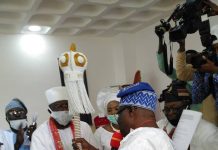 NEW OORE OF OTUN GETS STAFF OF OFFICE

Zik Award & the African Continent: Erelu is World Citizen. By...

Buhari emulating US, others on tenure of Service Chiefs — Ari...

Gov Umahi vows to sack any appointee who criticizes Buhari

BBC: The mansions that will never be home

PTF speaks on COVID-19 and sex 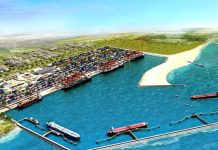 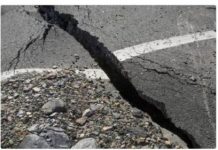 THE CHALLENGE OF A MATURE LEADERSHIP MIXED WITH HUMANIST MIND...