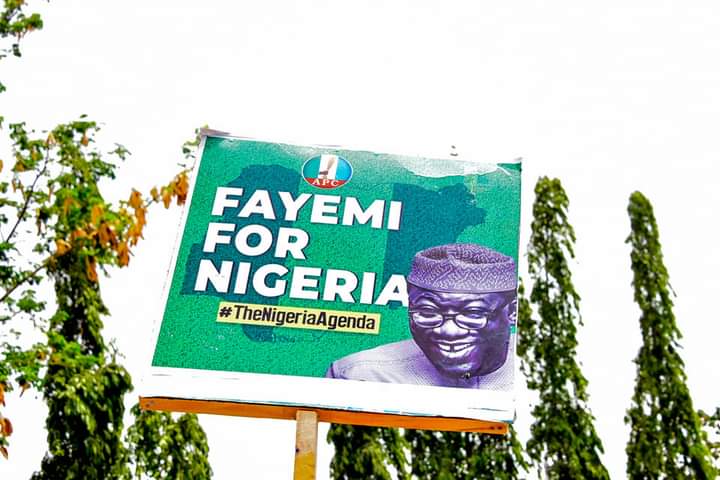 Ekiti State Governor and Presidential aspirant on the platform of the All Prpogressives Congress (APC), Dr Kayode Fayemi, has reiterated calls for the country to be re-organised, saying that this remains the only way to correct the challenges facing it.

Speaking Tuesday in Abuja at the annual Leadership Lecture oragnised by the Leadership Newspapers Group, Dr Fayemi re-affirmed his stance that Nigeria needs “an all-round reset” necessary for national rebirth considering the plethora of challenges confronting it.

Dr Fayemi who admitted that reforming a political system is a “permanent work in progress” noted that the nation does not need a make-shift and short term approach which would only resolve “some immediate problems for a season” .

He said greater attention should be placed on issues such as strengthening the local government system, devolution of more powers over internal security, decentralization of the polity and the adoption of a fiscal federalism which is fair to all, among others.

“I would like to suggest that there are many domains of a national reset which we need to pay attention to than we have done before. These include deepening of the decentralization of the polity, the strengthening of the local government system, the devolution of more powers over internal safety and security of the States and the adoption of a fairer system of fiscal federalism, the pan-Nigerianization of citizenship rights on the basis of place of residence, the pursuit of new approaches to diversity management, the autonomization of the legislative and judicial arms of government, a wholesome reform of the judicial system, the revamp of the civil service for a radically more efficient delivery to citizens, and an institutionalized zero tolerance approach to the fight against corruption”, he said.

The Governor opined that these are the crux of the changes which Nigerians are advocating for; adding that when leadership is able to understand these challenges and summons the will and courage to surmount them, the belief of Nigerians in the viability of the Nigerian Project becomes rekindled.

The Chairman of Nigeria Governors’ Forum urged Nigerians not to lose hope but rise up to do the right thing so that “we can open a new chapter in our journey of unfinished greatness”.