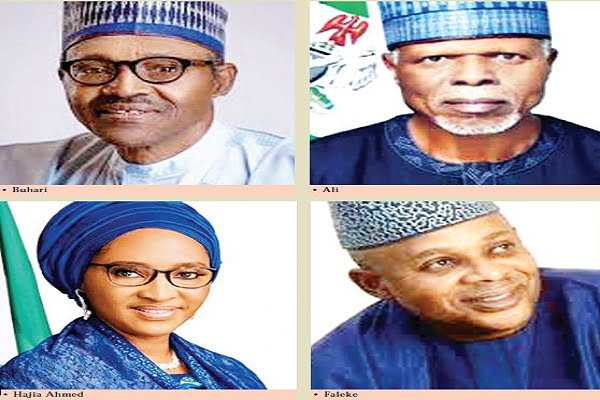 Despite the outcry of stakeholders against the concession of the operations of the Nigeria Customs Service, the Federal government, Monday signed a tripartite concession agreement with a Chinese company, Huawei Technologies, and their Nigerian counterparts, Trade Modernisation Project Limited with Africa Finance Corporation as the lead financiers.

The agreement was facilitated and midwifed by the Infrastructure Concession Regulatory Commission(ICRC).

The concessionaires, under the agreement, will drive the modernisation project for 20 years.

The concessionaires are expected to invest the sum of $3.2 billion dollars with an estimated income of $176 billion generated for the Federal Government in 20 years.

The Acting Director-General of the ICRC, Mr. Michael Ohiani disclosed that the project was a presidential initiative on customs modernization that will attract an investment of over $3.2 billion.

“Having gone through all the PPP processes satisfactorily and obtained ICRC’s Full Business Case Compliance (FBC), the approval of the Federal Executive Council and the final vetting of the concession agreement by the Minister of Justice and Attorney General of the federation, the parties are today(Monday) ready to execute the agreement and commence implementation of the project.

“I urge the concessionaire to ensure the full implementation of the terms of the agreement credibly and in line in with global best practices,” he said.

The Comptroller General of the NCS, Col. Hameed Ali commended the ICRC for remaining steadfast in advancing the implementation of the project.

He allayed fears that the implementation of a modernized and computerized service will lead to job losses, stressing however that the NSC would rather require an additional 15,000 staff for optimal operation.

“Let me commend ICRC, but for their steadfastness and tenacity, we would not be here celebrating this project today.

“We are indeed grateful and your name is written in gold.

“We are happy to say that in Nigeria, we are going to be fully digitized and modernized. We are setting a pace for all other African countries to learn from.

“There are rumours that this project is going to weed off officers, let me allay those fears: we are even in need of officers.

” We have only about15,000 and by the mission of management, we need nothing less than 30,000 to effectively carry out the mandate,” he said.

Ali also hinted that the project was going to quadruple the Service’s monthly revenue.

“As of today, we are making a collection of over N210 billion to N225 billion per month. It is our hope that by the time we put trade modernization in place, we would triple this figure if not quadruple,” he said.

He expressed optimism that the NSC would soon invite President Muhamadu Buhari to flag off the project, calling for support from all stakeholders including staff of the Service, project partners and the media.

The representative of Huawei Technologies, Kevin Yang expressed the commitment of his organization to the success of the project, promising to ensure Nigeria benefits from the automation process.

“I just want to express our commitment that we will make sure that all the deliverables to the facility and process automation and paperless customs are achieved” he declared.

The Representative of the AFC’s Chief Executive, Sumaila Zuberu on her part reiterated the commitment of the AFC to the project, pointing out that its success will be a reference point for the Customs Service in other African countries.

She expressed hope that the project will be quickly implemented, adding that the AFC was still very committed to providing the relevant finance required for the project.

Meanwhile, the Chairman of Trade Modernisation Project Limited, the main concessionaire of the Customs modernisation project, Alhaji Saleh Ahmadu, reiterated the commitment of the company to the project.“As the concession period begins, we wish to assure Nigerians that the revenue target of 176 billion dollars for the Federal Government will be achieved, if not surpassed.“More importantly, we are excited about the real economic benefits for the country, in terms of business growth for exporters and import-dependent businesses.

While explaining that the project was driven by technology, Ahmadu said that there would be more efficiency in the business processes of the Nigeria Customs Service.Similarly, Dr. Jummal Umar-Ajijola, the Managing Director, TMPL, said that the concession agreement for the Service Modernisation Project signaled the importance the Federal Government attached to the role of trade in national development.“Today,( Monday), Nigeria takes a giant leap to strengthen its readiness for global trade in the 22nd century.

“This modernisation covers the entire operations of the customs service end-to-end, providing a value chain that creates an ecosystem that will facilitate trade not only in Nigeria but on the continent.

“For us at Trade Modernisation, we see that that 22nd century just dawned in Nigeria and the world has to follow us with this leap we have taken.

“We are going to bring an initial investment of 3.2 billion dollars into this project.

“Africa is over 1.5 billion strength and that kind of number is what we are looking at trapping in terms of trade.

“It simply means that both the import and export processes would be made seamless, there would be accountability, leakages would be blocked and that means more revenue to the government,’’ she said.

Umar-Ajijola further said that the project would create more job opportunities, particularly for the youth.
“There would be a lot of opportunities and a lot of new professions would be created, young people would have jobs since they are the people who drive technology.

“This ecosystem would ensure job generation for the country which of course will lead to sustainable development,’’ she said

The concession agreement, which was consummated at the Abuja  Customs Headquarters Monday, was muted and crystallised in September 2020 when the Minister of Finance and National Planning,Mrs. Zainab Shamsuna Ahmed announced the approval of the business deal by the Federal Executive Council.

This was despite the rejection of the project by the stakeholders who felt the concession of the modernisation project to third parties, especially the Chinese and their Nigerian collaborators, was tantamount to willing away Nigeria’s common patrimony to foreigners.

They had argued that with the right orientation and attitudinal change, the personnel of the service could drive any modernisation project of the service.

Hon. Jerry Alagbaso, a former Customs chief who was a member of the House of Representatives in 2020 had then rallied the National Assembly against the move.