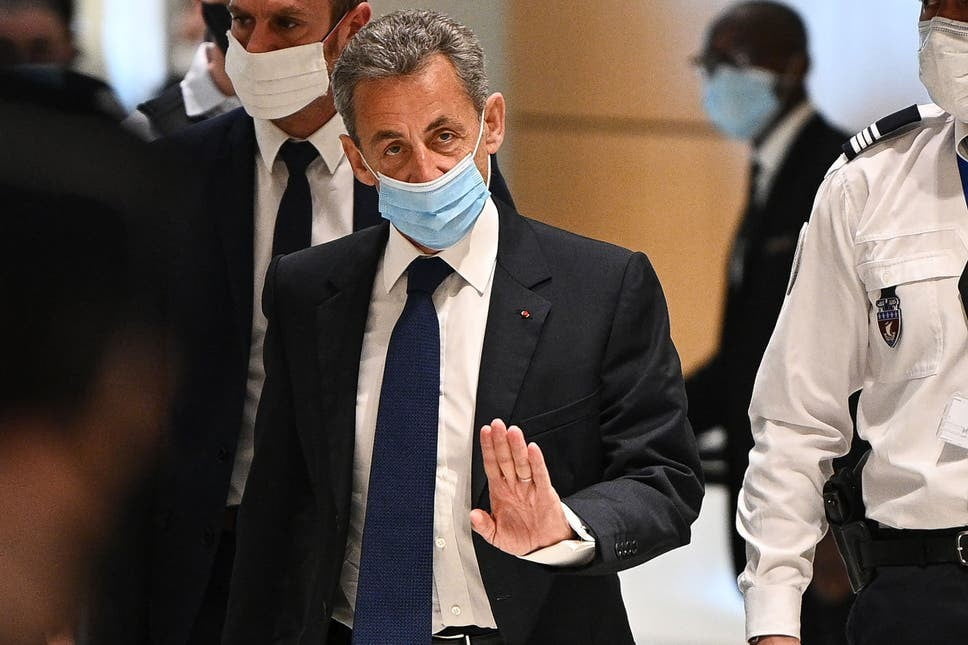 The former French president Nicolas Sarkozy has been handed a prison sentence after being convicted of corruption.

The politician, 66, who was president from 2007 to 2012 was convicted on charges of corruption and influence peddling in a Paris court and handed a three-year prison sentence of which two years are suspended.

Sarkozy was accused of offering to help a judge obtain a senior job in Monaco in exchange for inside information on an inquiry into his campaign finances.

Taking into account the two years suspended, the sentence of one year jail means it is unlikely Sarkozy will physically go to prison, a punishment that in France usually applies to jail terms of above two years.

The court said Sarkozy will be entitled to request to be detained at home with an electronic bracelet.

Although he is now retired from politics, the former president is still influential among conservatives and it had been rumoured he was planning a comeback in time for the 2022 elections.

His status as the country’s ex-leader meant the crime was ‘particularly serious’ as he used this to offer to help a magistrate in return for information, the court heard.

In addition, as a former lawyer, he was ‘perfectly informed’ about committing an illegal action.

Sarkozy’s wife Carla Bruni, an ex model, shared a picture of the couple on Instagram with the hashtag ‘injustice’ after the verdict was announced.

Sarkozy’s two co-defendants – lawyer Thierry Herzog and the judge Gilbert Azibert – were also found guilty and given the same sentence. They now have 10 days to appeal the ruling and remain free currently.

The politician will face another trial later this month along with 13 other people on charges of illegal financing of his failed 2012 presidential campaign.

He had denied any wrongdoing, saying he was the victim of a witch-hunt by financial prosecutors who used excessive means to snoop on his affairs.

Sarkozy is the second former president in modern France, after the late Jacques Chirac, to be convicted of corruption.Sarkozy faces further trials on corruption charges later this year (Picture: AP)

The corruption trial focused on phone conversations that took place in February 2014.

At the time, investigative judges had launched an inquiry into the financing of the 2007 presidential campaign. During the investigation they incidentally discovered that Sarkozy and Herzog were communicating via secret mobile phones registered to the alias ‘Paul Bismuth.’

Conversations wiretapped on these phones led prosecutors to suspect Sarkozy and Herzog of promising Azibert a job in Monaco in exchange for leaking information about another legal case, known by the name of France’s richest woman, L’Oreal heiress Liliane Bettencourt.

In one of these phone calls with Herzog, Sarkozy said of Azibert : ‘I’ll make him move up … I’ll help him.’Sarkozy has become the second French president to be convicted of corruption (Picture: Reuters)

In another, Herzog reminded Sarkozy to ‘say a word’ for Azibert during a trip to Monaco.

Legal proceedings against Sarkozy have been dropped in the Bettencourt case. Azibert never got the Monaco job.

Prosecutors have concluded, however, that the ‘clearly stated promise’ constitutes in itself a corruption offense under French law, even if the promise wasn’t fulfilled.

Sarkozy vigorously denied any malicious intention. He told the court that his political life was all about ‘giving (people) a little help. That all it is, a little help.’

The confidentiality of communications between a lawyer and his client was a major point of contention in the trial.

‘You have in front of you a man of whom more that 3,700 private conversations have been wiretapped… What did I do to deserve that?’ Sarkozy asked the court.