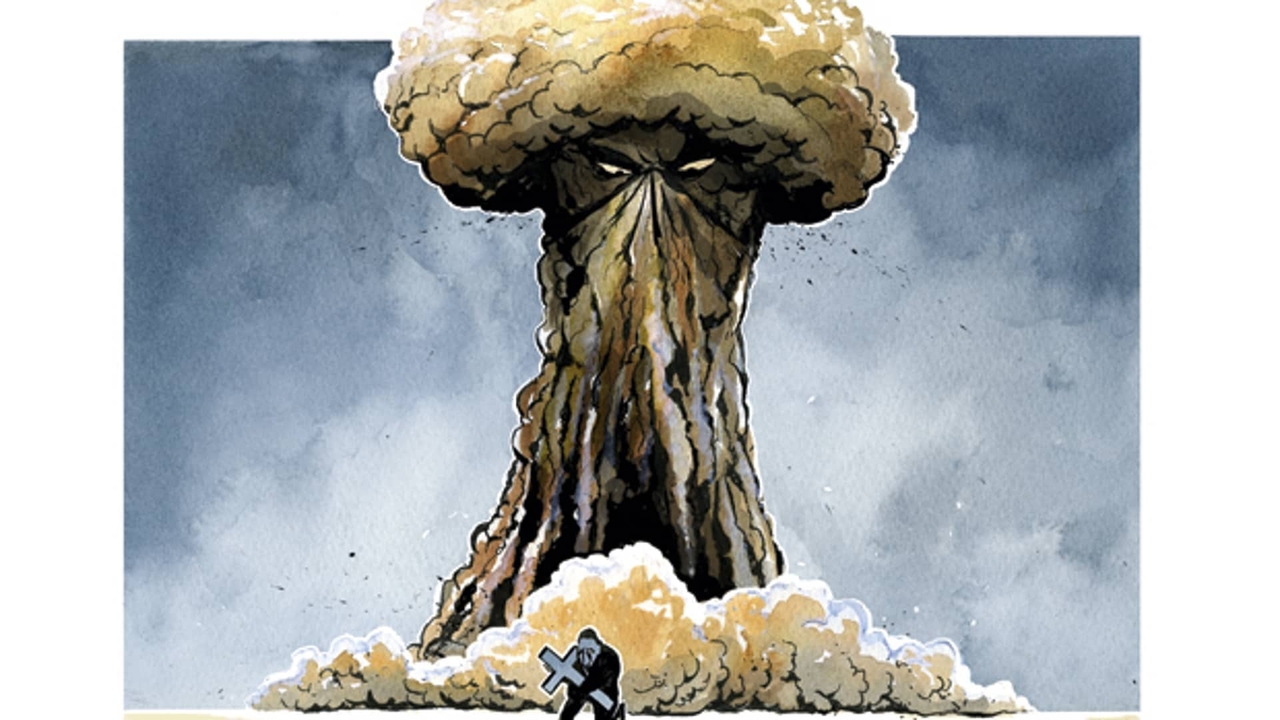 Dozens of Christian worshippers, including several children, were killed in a gun raid on a church in Nigeria’s Owo town on Sunday. Initial estimates place the death toll at around least 70 parishioners but that number is set to rise, given that the church in question, St Francis Catholic Church, has one of the largest parishes in the southwestern state of Ondo.

Nigeria is experiencing an epidemic of terror attacks. Over the last six months, gunmen have killed 48 in the northwestern Zamfara state, massacred over 100 villagers in Plateau state, and raided trains and buses leaving dozens dead and hundreds missing. At least 3,000 Nigerians were killed and 1,500 abducted in the first quarter of 2022 alone, according to the Nigeria Security Tracker.

Most of the recent attacks are carried out by ‘bandits’: local militants that are currently spearheading Nigeria’s abduction spree. However, just as local kidnapping gangs have borrowed Boko Haram’s modus operandi to abduct schoolchildren, various militants are increasingly following the jihadist rulebook to spread terror in Nigeria.

Various militants are increasingly following the jihadist rulebook to spread terror in Nigeria
Jihadists affiliated with Boko Haram or the Islamic State in West African Province (ISWAP) – which on 6 June reportedly torched trucks and abducted passengers in the village of Lawan Mainari in northeastern Borno – have been the predominant perpetrators of terror attacks in the country. This is despite an ongoing turf war between the two groups.

Nigeria’s jihadist groups are being abetted in their quest to uphold militant Islam by radical Islamist mobs, with a growing number of lynching incidents triggered by accusations of blasphemy. It is Christians, who form just under half (46 per cent) of the population to the 53 per cent of Muslims, who have borne the brunt of this violence.

In May, Deborah Samuel was brutally stoned and burned to death by fellow students in Sokoto state over a WhatsApp voice note deemed to be sacrilegious against the prophet Muhammad. Sound engineer David Imoh was also lynched last month in Lagos. Following the lynching incidents, churches across the state were targeted, with more anti-Christian violence ensuing. Samuel Kanu, the head of the Methodist Church in the country, was kidnapped last week. A week before that, two Catholic priests were in the northwestern state of Katsina.

According to some statistics, at least 4,650 Christians were killed in Nigeria last year. Over 45,000 have been murdered since July 2009, when Boko Haram first rose up in the region. But while the majority of these Christian killings over the past decade or so have been carried out by Boko Haram and ISWAP, it isn’t just the jihadist groups that are hunting down the religious community.

Militants from the Fulani community, an ethnic Muslim group, have also increasingly targeted Nigerian Christians in recent years. Many locals, including Ondo lawmaker Adeyemi Olayemi, believe that Sunday’s terror attack – which is yet to be officially claimed – was also carried out by Fulani militants. In December, a ‘Fulani association’ even issued an open warning to churches in Zamfara, saying they risked attacks if they continued to worship.

Fulani gunmen have also frequently attacked churches, murdering scores of Christians, along with killing and abducting pastors. Between 2017 and 2020, Fulani herdsmen launched 654 attacks and killed 2,539 Nigerians. While the Fulani attackers began as herders using violence to capture farmlands from rival groups, including the predominantly Christian Berom, in the country’s Middle Belt, their violence has taken a religionist turn in recent years.

The farmland tussles, which were already split along ethno-religious lines owing to tribe identities, have been radically Islamised along the Middle Belt, which divides the Muslim-majority north from the Christian-majority south. The rise of Boko Haram has rekindled the aspirations of Fulani jihad, a throwback to the 18th and 19th century uprisings in western Africa led by the Fulani against the Hausa kingdom, with Fulani militia today increasingly alluding to Islamist and jihadist rhetoric.

Meanwhile, Nigeria’s president Muhammadu Buhari, a retired army general whose 2015 election and 2019 re-election were based on vows to bolster the security of an increasingly volatile Nigeria, is not only overseeing multipronged violence in his country but, in some people’s view, has not done enough to combat it. For many, Buhari’s hardening authoritarian streak is inevitably drawing back to his 1983 military coup, which saw him rule the country for two years, amid hollow vows that he’s now a ‘converted democrat’ while threatening to curb the freedom of the press and social media. Buhari has been accused of going soft on Fulani militia, leaning towards an Islamist narrative and even standing behind ex-jihadist sympathisers in his government. Buhari has rejected the criticisms against him, including the suggestion he condones any killings and previously noted there have been successes in the security sector in spite of the challenges the administration faces.

It is evident that to truly eliminate terror outfits in Nigeria, a clear political will to stick to secular democratic values, in addition to a security revamp, is needed. With Christians being targeted in both the Sharia-governed states and elsewhere, the ideological narratives of radical Islam in Nigeria need to be uprooted. Failing this, Nigeria’s most vulnerable will continue to be relentlessly targeted in an increasingly Islamised nation, where the lines between jihadist groups and other militia are becoming blurrier every day.