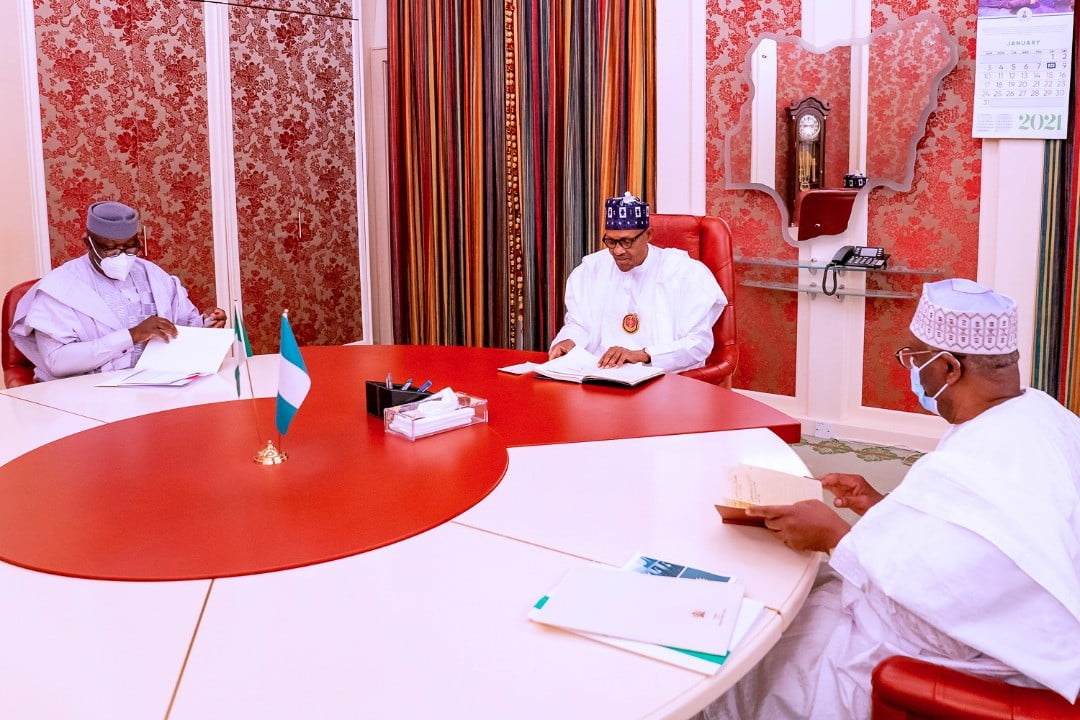 Nigerian Governors begun preparation towards receiving and administering COVID-19 vaccines expected to be delivered to the Federal Government by month end and later in the year.
As a result, the governors said they had begun plans to acquire freezers and cold chains for effective storage of the vaccines in their states.
The Chairman of the Nigeria Governors Forum and Governor of Ekiti State, Dr Kayode Fayemi, disclosed this to State House correspondents on Friday after meeting with the President Muhammadu Buhari at the Presidential Villa, Abuja.

Fayemi said since there was no clarity on when the vaccines would arrive in Nigeria, he also discussed with the President on the need to accelerate the delivery.
He said, “Those of us at the receiving end in the states know that this is an issue we also need to ramp up our own preparedness, in terms of getting our states ready for vaccines storage, particularly the freezers and cold chains that will be required for that process.

“We need to get ourselves ready at the state level. The Federal Government can procure but we will receive and administer in our various states and there is a lot of work to be done in that respect.”
He also called on the Federal Government to expedite actions towards ensuring local production of COVID-19 vaccine instead of completely relying on the ones to be brought into the country.

Fayemi also said he seized the opportunity of the meeting with the President to review a number of issues of interest to him and his colleagues.
The governor said he discussed with the President about the need to include religious leaders and celebrities among those to be vaccinated in public to boost people’s confidence.
He added that it was the view of the state governors that the nation should ramp up manufacturing of vaccines locally.

Fayemi said, “For us as governors, the number one priority in vaccine management relates to public health and risk communication. I commend the Presidential Task Force on COVID-19 for at least, planning to use Mr President and the Vice-President (Prof Yemi Osinbajo) as their publicity vehicles for reassuring those who may have their doubts about vaccines use that this is no threat to them.
“You know there are cultural and religious concerns in various parts and we are at the state level, we are reviewing that with all of our colleagues. The good thing is Mr President has agreed with me that he would convey to the PTF the necessity of using other influencers, maybe the chief imams, bishops, top musicians and sports personalities.

“The more such people are seen taking the vaccines, the more the likelihood of reducing resistance in our various localities.
“Of course, procurement of vaccines was also discussed. Our view is that ultimately, we really need to ramp up manufacturing of vaccines locally. It is okay that COVAX that Nigeria is part of is going to be delivering some vaccines to us. As we understand, the first 100,000 and then 43 million and ultimately 165 million doses.

“But there is nothing as good as having the ability to manufacture our own vaccines locally. We understand that there is a partnership with May&Baker, which is important for the Federal Government to really accelerate, so that we can produce the vaccines in Nigeria and not be dependent on what is coming from other countries.”
On whether governors would also be willing to take the vaccines on live television, Fayemi said, “Absolutely. We too would like to demonstrate to our citizens that we believe that the vaccines would work.

“We have worked with the Primary Healthcare Development Agency, Federal Ministry of Health and we will be happy to work with National Centre for Disease Control and the PTF on COVID-19. So, we would take the lead as well in our various states.”
The governor also said the details of the financial management of the vaccines remained something of interest to all the states. He added, “We also know that there are a range of approaches to take, the health approach is there, because for us at the Governors Forum, it is not just a health issue, it is also a security issue and it is an economic issue too.

“We would work in partnership, we are involved with PTF, we have a representation at the PTF and we will work with them.”