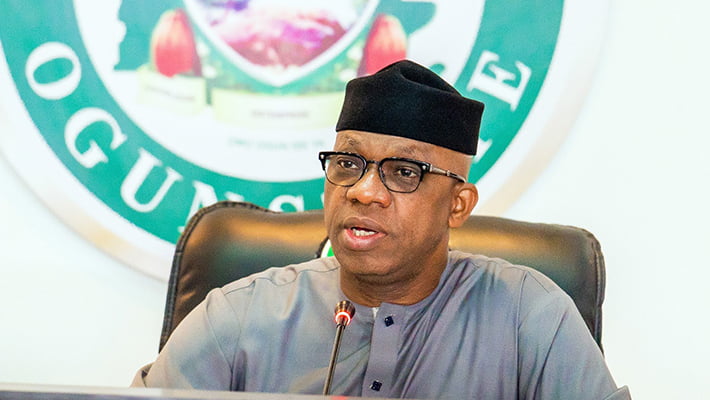 Embattled Governor Dapo Abiodun says his arrest in the United States over credit card fraud and forgery in 1986 is not sufficient grounds for his disqualification by the All Progressives Congress (APC).

Mr Abiodun said APC as a political party lacked the power to disqualify him, stressing that only a competent court of law could do so had the statutes of limitations for such matters not passed.

“An aspirant or candidate will only be disqualified by the court if the false information he gives relates to a constitutional requirement of eligibility. APC is not a court of law. Accordingly, it cannot disqualify our client,” the governor’s lawyer wrote Abdulahi Adamu, APC chairman, citing section 29(6) of the Electoral Act 2022.

Represented by Afe Babalola and Co, Mr Abiodun’s legal team further argued that the governor’s probable arrest was not a conviction and hence was not answerable to the laws that applied to criminals.

Even if he was convicted in 1986, the governor’s legal counsel asserted the Nigerian constitution only disqualifies ex-felons from contesting political offices if their sentence was less than 10 years before the election date.

“In any event, assuming but not conceding that our client was even convicted in 1986, he would still not be affected or caught by Section 182 (1) (e) of the CFRN because the CFRN requires that the conviction which would disqualify a person from the position of the governor must have occurred ten years before the date of election to the office,” wrote Mr Abiodun’s lawyer.

This was in response to a petition submitted by APC member Ayodele Oludiran on behalf of Oluwatobi Sofela of Ogun Bibire Unity Forum, who warned the party might lose the governorship seat in Ogun due to Mr Abiodun’s criminal history and its concealment from the Independent National Electoral Commission (INEC) despite swearing an oath.

He also cautioned that the discrepancies in the governor’s educational qualifications might also cause opposition parties to question the eligibility of Mr Abiodun’s re-election bid, swaying the electorate to their side.

“If action is not taken, the chances of our great party, the APC, retaining the governorship seat in Ogun State shall be in jeopardy as previously seen in Bayelsa and Zamfara States,” wrote Mr Sofela in a statement.

Mr Abiodun, with jail number 8600B9436, had filed an application for a redaction of his criminal records in Miami Dade, Florida.

Last May, Abidemi Rufai, a longtime associate of Mr Abiodun, was arrested by the Federal Bureau of Investigation in the U.S. for his role in a $650 million (N312 billion) employment fraud.