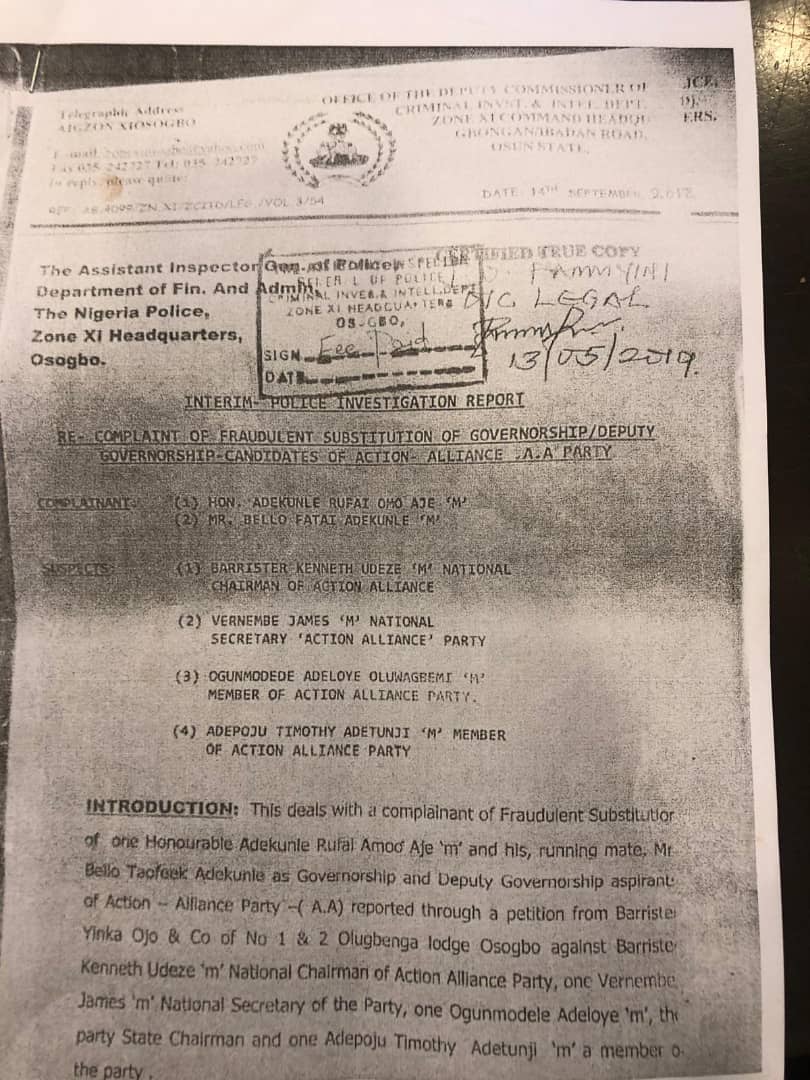 Yesterday, reports filtered in that the former National Chairman of the Action Alliance, Mr. Udeze Kenneth Obidiche was ‘abducted’, when he went to carry out some transactions in a bank, somewhere in Abuja.

Some mischievous PDP hatchet writers, led by the notorious political yahoo yahoo boy, Michael Ikeagwuonu, who goes by the alias, Ikenga Ugochinyere Imo, went berserk with libelious publications, in a most stupefying attempt to drag the name of His Excellency Ugwumba Uche Nwosu, the AA governorship candidate, into the matter, in an obvious attempt to bail his ‘partner’.

Following the rash of misinformation sponsored by the PDP and its agents, we have made some inquiries with the National leadership of the Action Alliance and security agencies, who have volunteered relevant information on the matter, and we wish to state as follows:

Muharram Mubarak!
Fighting to Serve; Service to Save. By Babatunde Irukera