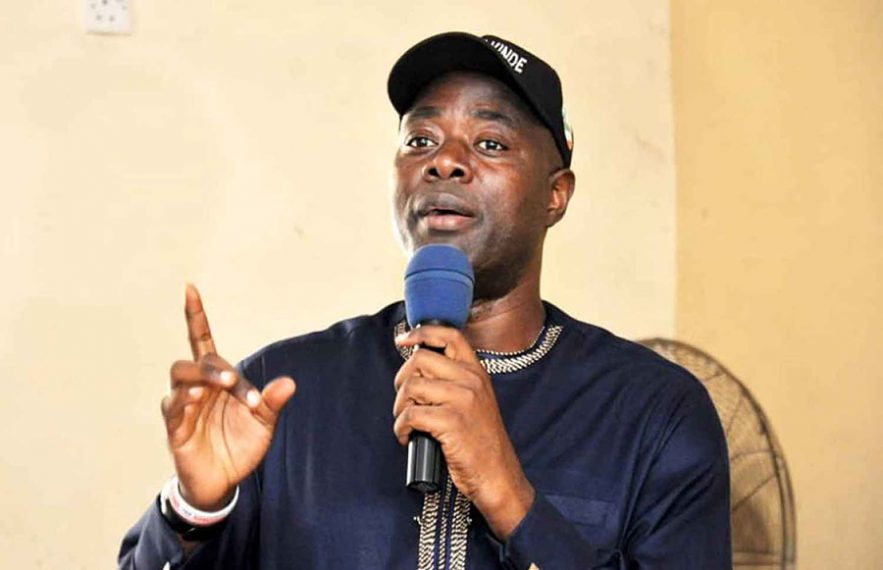 The Lagos State chapter of the Peoples Democratic Party said on Saturday it was endorsing Governor Seyi Makinde of Oyo State as the leader of the party in the South West.

Lagos PDP leaders, who made the declaration after a meeting with Makinde in Ibadan, said they were highly appreciative of the outstanding role the  governor has played in the life of the party.

The party leaders also pledged their unflinching loyalty to the leadership of Makinde in the South West PDP, adding that his leadership style was exemplary.

The Deputy Chairman of the PDP in Lagos State, Alhaji Waliu Hassan, and a former House of representative member, Hon. Rita Orji, who spoke to newsmen shortly after a  stakeholders meeting held at the Government House, Agodi, Ibadan, asked the governor to continue his leadership role and never relent in showing leadership.

A statement by the Chief Press Secretary to the Governor, Taiwo Adisa, quoted the party leaders as saying that members of the  PDP in Lagos State have agreed to continually resolve their crisis amicably so as to ensure that the party takes over the baton of leadership come 2023.

The duo said: “The purpose of today’s meeting, to be very precise, is to thank Governor Makinde for standing by the party and to pledge total loyalty to his leadership of the South West.

“We can tell you that the governor does not want anything from us.

“He, as the Chief Security Officer of Oyo State, needs nothing from the party.

“Rather we are the ones who came all the way from Lagos to plead with him to keep leading the party.

“We resolved to, irrespective of any rancour, move the party forward and we will ensure that the party takes its better seat in 2023.”

They also hinted that all PDP members in Lagos State have restated their commitment to Governor Makinde and promised to stand by him always.

The duo said: “We did not come here to discuss who takes anything for zonal congress.

“The congress will soon come up and for all we care, we have come to restate our commitment to our own Governor, Seyi Makinde, and we stand by him anywhere he is going on the issue of the South West.”

They told newsmen that the full structure of the Lagos PDP Executive attended the meeting, adding that 12 executive council members were present out of 19, while all the 17 non-working committee members were also present.

They added: “Yes, it is the full structure of Lagos that is represented here.

“Out of 19, we have the representation of 12 local government chairmen.

“And we also have 17 complete non-working committee members of state exco here present.

“We have the Deputy Chairman of the party here.

“We have the Secretary, Legal Adviser and the entire party structure of Lagos State here.

“This is a complete House of PDP, Lagos State.”

On his part, the Caretaker Zonal Chairman of the party, Dayo Ogungbenro, affirmed that Governor Makinde remains the undisputed leader of the party in the zone.

Ogungbenro called on other leaders like former Governor Ayodele Fayose and others to rally round Makinde with a view to forming a formidable party for future elections.