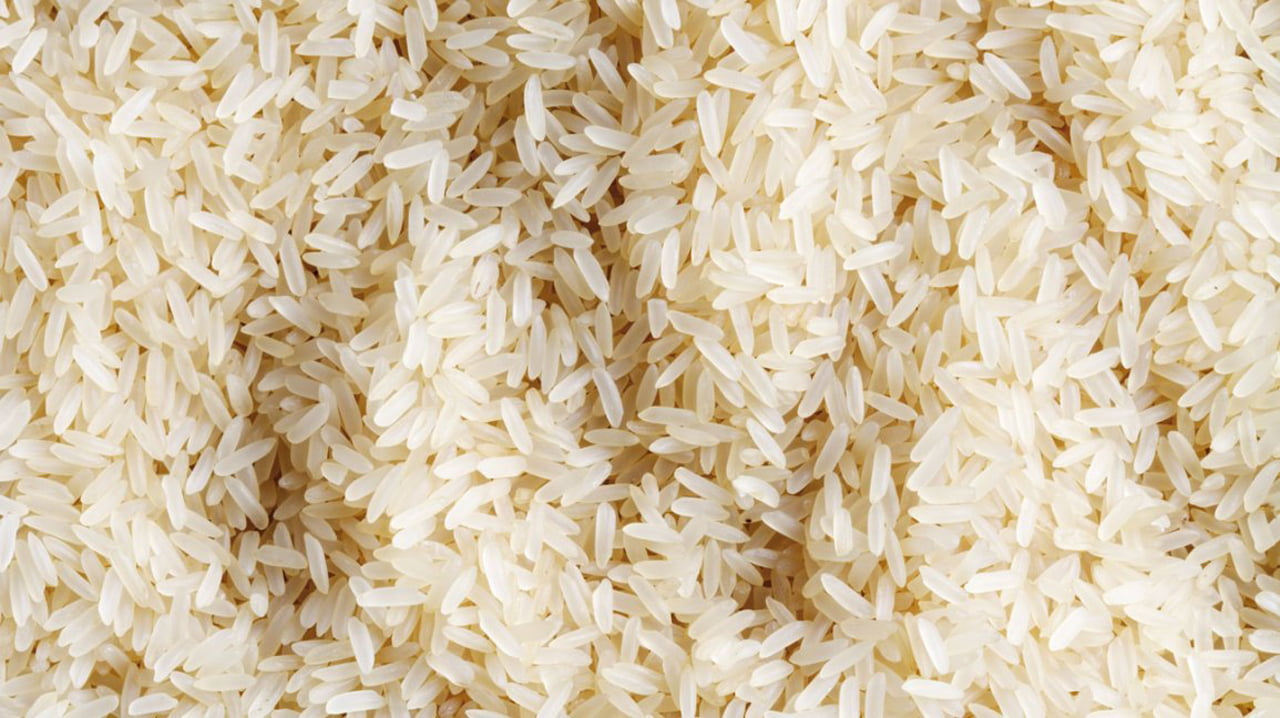 Anchor Borrowers Programme (ABP) in the Northwest is threatened by the failure of farmers to repay loans.

ABP, an agricultural loan scheme launched in 2015 by the Federal Government, through the Central Bank of Nigeria (CBN) was designed to boost agricultural yields, halt large volumes of food importation and address negative trade balance.

Guidelines for the programme stipulate that upon harvest, benefiting farmers are to repay their loans with produce (which must cover the loan principal and interest) to an anchor, who pays the cash equivalent to the farmer’s account.

Anchor could be either a private large-scale integrated processor or a state government.  By the second quarter of 2021, the Governor of the CBN, Godwin Emefiele, disclosed that 3,107,890 farmers had been empowered under the scheme to cultivate 3,801,397 hectares of land and produce 21 commodities, leveraging the services of 23 financial institutions acting as direct links to farmers.

Kebbi, Kaduna, Kano and Katsina states were among states in the Northwest region that benefitted from the scheme.

Kebbi Rice became an instant hit. The Governor of Kebbi State, Atiku Bagudu, went into partnership with his then Lagos State counterpart, Akinwunmi Ambode. While Kebbi produced the rice, Lagos marketed it.

Most farmers in the state and other Northwest states have, however, not been able to settle their loans from the CBN, largely because of the activities of bandits and insurgents.

Chairman of the Kebbi State chapter of the Rice Farmer Association of Nigeria (RIFAN), Muhammed Augie, had claimed that of the 70,000 farmers that benefited from the ABP loans in 2015, about 200 farmers were able to repay their loans.

“We find it very difficult to recover this loan. We had to resort to taking the farmers to court,” Mr. Augie reportedly told journalists.

“Now in every magistrate (court) you go, we have given the list of farmers to recover the loan. The drive for loan recovery is now in the court; only 200 farmers could pay back out of the 70,000 registered in 2015.”

Similarly, a top RIFAN coordinator in Kebbi State, who does not want to be named because he was not authorised to speak, told The Guardian it was true that those that defaulted have been sued “and many of them are scampering to pay up, since they thought it was free money that was given to them back then.” He, however, said not all 70,000 farmers were taken to court.

The Guardian gathered that the Deputy Governor of Kebbi State, Col. Yombe Dabai, was the chairman of, Anchor Borrowers Programme recovery committee, which was set up by the state government but till now there was no response from farmers.

A former commissioner for land and housing and National President of Fish and Agriculture, Hussein Abdullah Raha, blamed the state government, saying the leadership did not give loans to practising farmers.

He observed that there were irregularities around the loan, which made recovery difficult.

He blamed politicisation of the scheme for its failure, saying: “Those close to the government were given N40,000 each with water pumps, while there are farmers I knew who did not benefit anything.”

IN Kano, about 150,000 farmers have so far benefited from the agric loan scheme. Most of them are into rice cultivation.

Kano, a city with a landmass of 20,680 kilometres, is the seventh among 29 rice-producing, with a minimum capacity of 1.6 metric tons per annum, according to a Cambodia rice miller and exporter.

The apex bank has supported rice growers in the state with about N10 billion intervention funds.

Since the inauguration of the scheme in 2017, Kano has reported production growth with a huge impact on the state.

Available record indicates that Kano now produces three million tons per annum as against one million tons before the CBN intervention.

Chairman of Rice Farmers Association of Nigeria (RIFAN), Alhaji Abubakar Haruna Aliyu, told The Guardian that the policy on agriculture, through the CBN, is enhancing food security and creating direct and indirect job opportunities for teeming youths in the state.

Besides, the chairman disclosed that the ABP has enabled more than two million youths with direct job opportunities since the inception of the programme.

He stressed that with the intervention, hundreds of integrated and medium scale and modular rice milling plants have been established in Kano due to increased production of paddy.

“The CBN Anchor Borrowers Programme is a blessing to us in Kano because it has increased production, job opportunities and boosted farmers’ earnings.

EVEN with the positive outlook, most farmers in Kano, like their counterparts in Kebbi, have not been able to pay back their loans. With the development, fresh farmers looking to benefit from the scheme now face a stumbling block as the CBN would not release fresh loans if earlier beneficiaries fail to honour their agreement.

According to Aliyu, about 80 per cent of farmers, who benefited, are yet to pay back their equity as agreed despite the huge harvest and profits made by the farmers.

“What we are doing right now is door to door visit to farmers to recover debt because of their resistance to turn in part of the profit. The agreement is, a farmer is expected to make returns of 30 per cent of total production in form of grains.

“For instance, we expect 11 bags of 75kg of paddy per hectare of land. It is, however, disappointing that despite the huge profits that farmers made after the intervention, they have failed to fulfil their pledge, making it mandatory to visit local governments to recover debts.

“The attitude is unfortunate because those that are waiting to benefit will continue to wait for as long as it takes to recover the loans. The challenge with our people is, anything that comes from the government is mostly considered as national cake and they just have to do everything possible to cut theirs. This is totally wrong,” Aliyu noted.

OVER 6,000 farmers in Katsina State, according to the Special Adviser to the governor on Agriculture, Dr. Abba Abdullahi, accessed N1.2 billion of the ABP credit in 2016.

“In 2017, we had a rollover of 2016 that had not been paid back, and the recovery initially was poor, but right now, we’ve taken the case to open courts and recovery is being effected.” Abdullahi, however, lamented that the government has not been able to measure the impact the scheme has had on agriculture in the state because the associations are not well organised.

He said: “We have not made any studies of the impact it has had on agriculture because the commodity associations are not organised and you cannot get a proper picture of what they’re actually doing.” But Abubakar Kafinsoli, who states chapter secretary, Rice Farmers Association, believes the scheme has had a positive impact on rice farming in the state. Kafinsoli said more than 70,000 rice farmers have benefitted from the scheme since its commencement, and that the monetary equivalent of farming equipment was what farmers received as loans.

“Before, they used to give money to farmers directly, but it was discovered that those, who are not into farming are the ones coming into the association to access the funds.

“Now, the scheme doesn’t give farmers money directly but gives farming equipment like fertilisers, pesticides, water pumping machines. “Since the scheme commenced, more than 70,000 farmers have benefitted and the input given to farmers depends on the sizes of their farmland.

ALSO, Kaduna maize farmers, under the umbrella of the Maize Association of Nigeria (MAAN) have expressed concern over difficulty in repayment of loans worth about N1 billion owed by members in the state.

The Chairman of MAAN, Kaduna State chapter, Alhaji Muhammed Kabir Salihu, said no fewer than 15,000 members of MAAN benefited from the CBN scheme in 2018, 2019, and 2020 farming seasons, while less than 50 per cent of the amount disbursed by the apex bank has been repaid.

According to Salihu, because of the way and manner maize farmers have handled the programme, the CBN has directed associations in Kaduna to procure farmlands for farmers, while the farming inputs and supervision would be made available by the bank.

He pointed out that this year, “the CBN has decided that we would no longer buy the inputs and give to our farmers, rather we would provide land that would be between one thousand and two thousand hectares that we will allocate to our farmers to do their farming.

“And if we give them inputs, we would be monitoring them, right from planting, cultivation and harvesting, and then we would receive the grains.”

Salihu stated that between the 2018 and 2020 seasons, about 15,000 farmers benefited from the scheme in Kaduna State but the rate of repayment is very slow.

“We advised them that the loans given to them under the programme are not free, they must repay if they want the programme to continue. You know, we are getting the money from the Federal Government through the CBN. Some of the farmers believe this is part of the national cake. Right now, we are mobilising and telling them that this is a loan and they must pay back.”

Salihu said that when the CBN introduced the ABP after receiving about N1 billion, two things that assisted the farmers in increasing their yields under the scheme were that “our farmers are now exposed to the use of improved seeds of the high breed. Prior to this programme, our farmers, especially those in the rural areas, were just using their own seeds. But with the introduction of the new improved seeds provided under the programme, farmers benefitted tremendously.”

He said that as the umbrella association in the state, it organised farmers into groups and gave them 20kg of the improved seeds that would cover one hectare of farmland and all the seeds they needed.

“You see, since the introduction of the programme, farmers’ yields have increased.

“And secondly, as part of the programme, we also introduced an agricultural extension programme. Some of the people were trained, and they trained our farmers, from planting to harvesting time.”

Canada-based Benedicta Egbo, a Prof of Education has joined the presidential race. #NigeriaDecides2023
Full list of 162 Nigerian Convicts Pardoned through Presidential Advisory Committee on Prerogative Of Mercy has emerged.