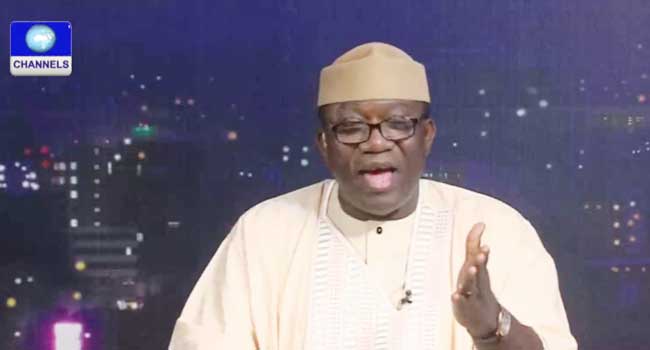 The Chairman of the Nigerian Governors Forum (NGF) and Ekiti State Governor, Mr Kayode Fayemi, says Nigerian governors do not want workers to down tool on the issue of minimum wage.

Fayemi who spoke during an interview on Channels Television’s Sunday Politics, said the N30,000 minimum wage recently signed by President Muhammadu Buhari should rather be an incentive that will boost the productivity of Nigerian workers.

He noted that it was on the basis of this that the NGF collectively agreed to increase the salaries of workers in their domain.

“We don’t want workers to down tools, we want productivity to increase and that is why we said we are ready to pay N30,000.

“We are even ready to pay a level of consequential adjustment but that has to be determined on a state by state basis,” he said.

Although the governor agreed that not all fingers are equal, indicating that not all states are financially buoyant, he however, wants a situation whereby the labour leaders will strike an understanding with the respective state governors.

This to him is because when the governors are being put under undue pressure, it may rather affect the plight of the workers rather than assisting them in view of the current economic realities.

“But clearly fingers are not equal at the state level, there will be challenges and I hope labour and state governments will both display a level of understanding that will assist the workers,” he stated.

Explaining further, he said: “The challenge that we have at the level of governors is on the consequential adjustment which has now been agreed by labour and the Federal Government.

“And for us, we will be meeting. I don’t want to give you a view until my colleagues and I have met to review how we are going to look at the template that has come out of the negotiations at the federal level and see how that can be applied.”

When asked when his administration intends implementing the minimum wage payment, the governor replied saying: “We are starting this month in Ekiti State.”