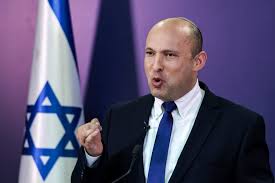 Israel has welcomed a new prime minister for the first time in more than a decade.

The newly elected prime minister was appointed by the Knesset, Israel’s parliament, in a 60-59 vote, with one minister abstaining.

Shortly after the votes were counted, the now former-Prime Minister Netanyahu approached his opponent and the two shook hands.

He later took to Twitter to pen a message to his supporters, vowing to return.

President Joe Biden released a statement congratulating Bennett and the new Israeli government. “Israel has no better friend than the United States. The bond that unites our people is evidence of our shared values and decades of close cooperation and as we continue to strengthen our partnership, the United States remains unwavering in its support for Israel’s security,” he said.

“I look forward to working with you to strengthen the ties between our two nations,” Prime Minister Bennett responded via Twitter.