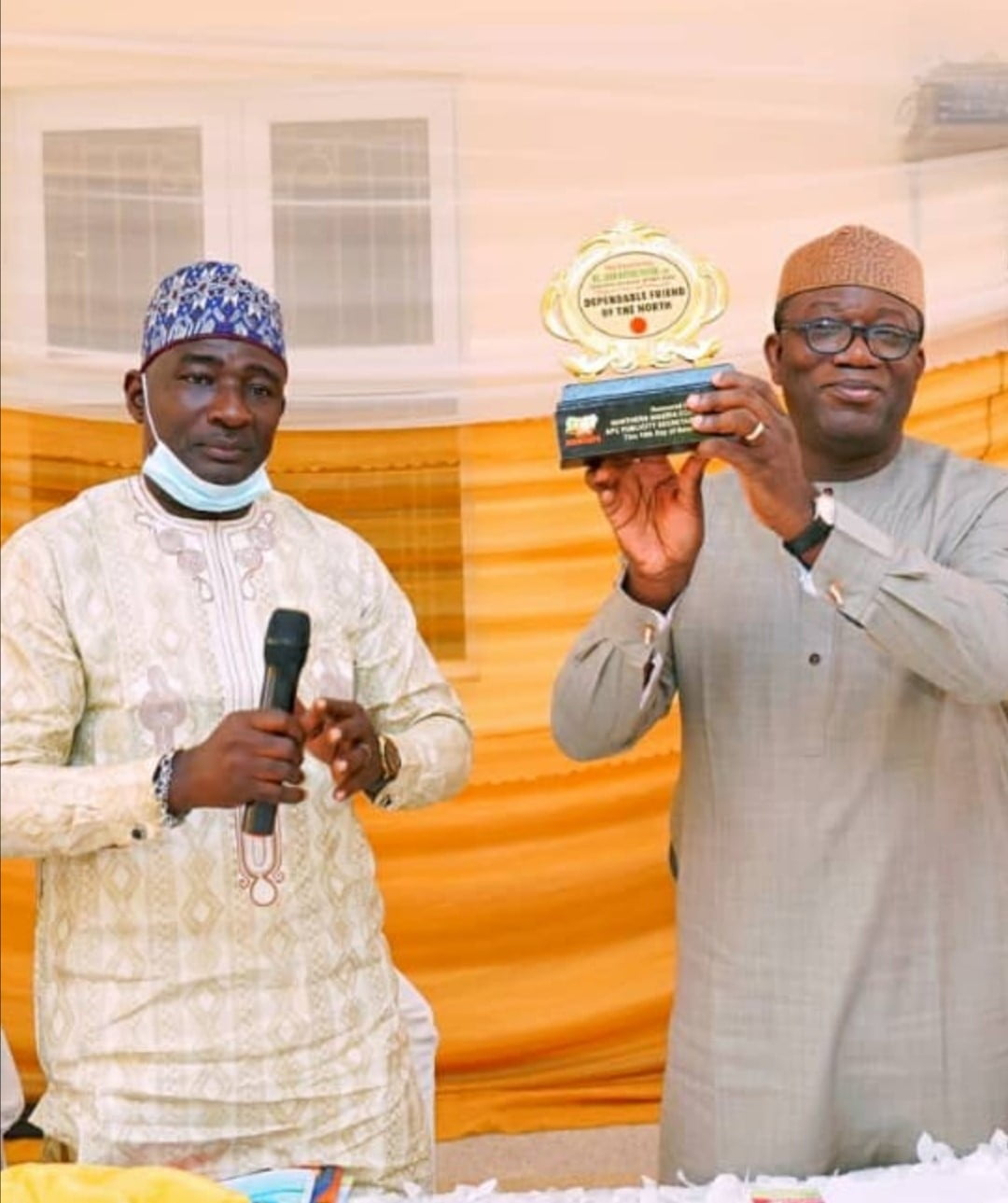 *Governor Kayode Fayemi in a group photograph with members of NONCAPS after the awards.

he award presentation ceremony which took place at the State Governor’s lodge in Abuja, saw all the twenty (including FCT) All Progressives Congress (APC) Publicity Secretaries in attendance.

Speaking during the ceremony, Fayemi thanked the party’s image makers in the entire Northern Nigeria for the honour done him . ” This award is greatly appreciated because it is coming from you the eyes and mouth of the party. I would have loved to stay longer so that we can interface and exchange ideas on how to move our great party forward, but I’ve to join other leaders of the party in Abakaliki right now where we would be receiving the state Governor into our party. The reception in Ebonyi is only a tip of the iceberg of those moving into our party”

” The issues raised by the Chairman of this conference are germane but I can assure you that nobody will be pushed aside by the impending membership drive. There has been a lot of misinformation on the desirability or otherwise of this new party registration exercise ”

” The need to clean up the book is critical because so many movements have taken people like Dr Bukola Saraki, Godwin Obaseki, Governor Tambuwal  out of the party.Some people also joined us. Some of the executives in some states are even in the PDP now . We can’t proceed to the next convention without a proper register of party members. The earlier this is done to allow room for reconciliation the better for us “he said

In his own speech, FCT publicity secretary and Chairman of the association Eng. Usman Adaji said the choice of the Ekiti State Governor for the award was informed by his giant bridge building efforts, which he said has helped in repositioning the party in the north.

“Governor Fayemi is a bridge builder, a cosmopolitan politician with a pan-Nigerian outlook. Our leaders identify with him and we have unflinching confidence in him and his capacities ” he said.

NONCAPS was formed towards the end of 2018 by APC Publicity Secretaries from the North to synegise and evolve workable approaches that would enhance effective information dissemination about the APC led federal government and all states of Northern Nigeria.